Can the Energy of Essential Oils Be Measured?

In 1992 the US scientist Bruce Tainio built the first energy frequency monitor in the world. This equipment allows to measure the frequencies of any living substance including the human body as well as essential oils. (Cf. http://justalist.blogspot.de/2008/03/vibrational-frequency-list.html)

Robert 0. Becker, M.D., in his famous book
„The Body Electric“ summarizes on this subject:

It was actually Dr. Otto Warburg, a two-time Nobel Laureate and winner of the Nobel Prize for research on cancer who first started to speak about human cells having an electrical voltage.

The use of bio-photonic energy to reverse or eliminate disease led to research and discovery of electro-magnetic frequencies of essential oils. Clinical research shows that essential oils have the highest frequency of any natural substance known to man, creating an environment in which disease, bacteria, virus, fungus, etc. cannot live.

Dr. Richard Gerber MD, author of „Vibrational Medicine“ tells us that one of the best ways we can change dysfunctional patterns like cancer in our energy bodies is to administer therapeutic doses of “frequency-specific subtle energy in the form of vibrational medicines.” (Cf. www.essentialomatherapy.com)

Several groundbreaking discoveries on the potential of essential oils with regards to Cancer have been made over the years. 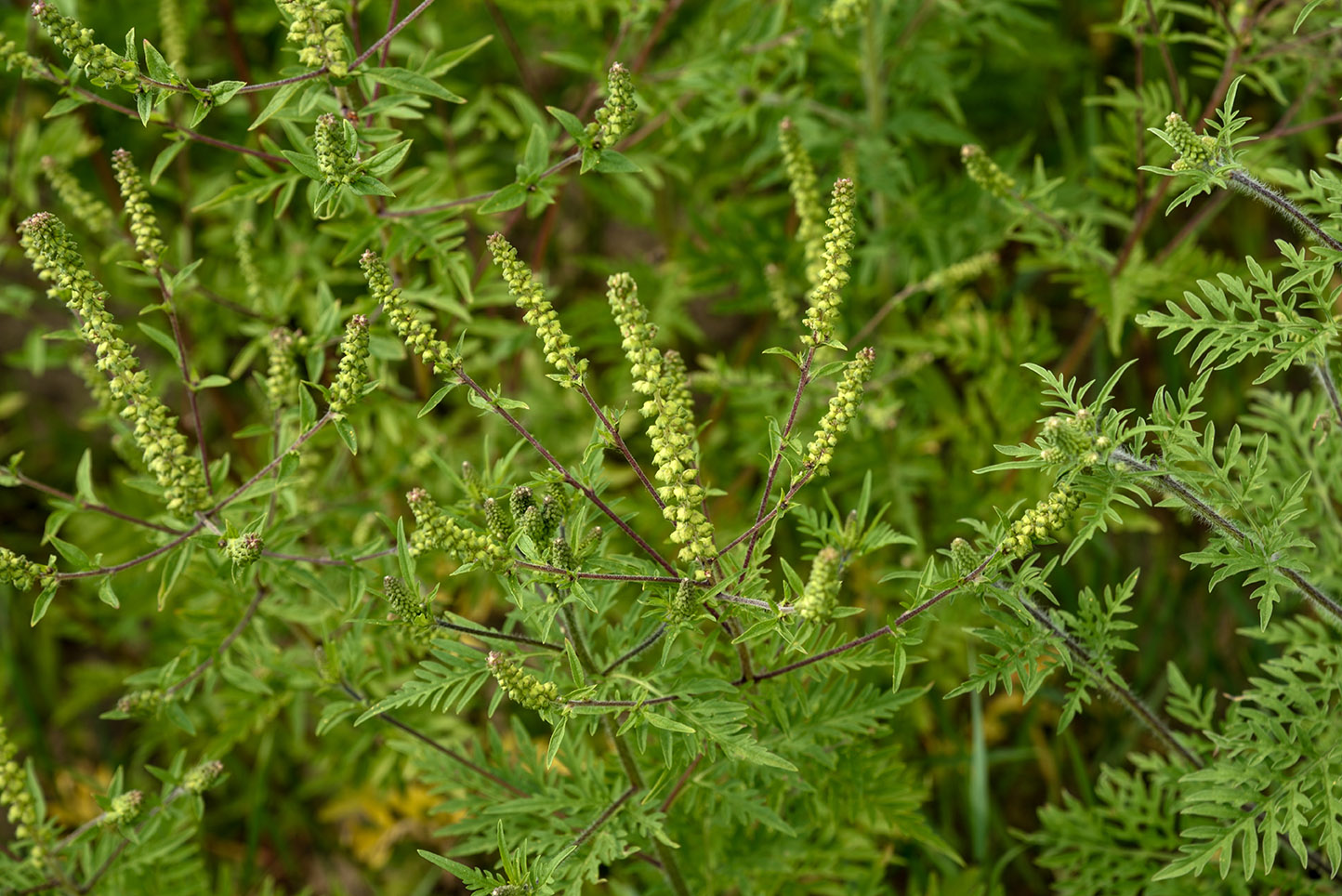 Researchers at the University of Washington for example found that Artemisinine, a sesquiterpene lactone compound inside the famous anti-malaria plant Artemisia annua and its essential oil when combined with iron can be over a thousand times more effective than chemotherapy at targeting cancer cells while leaving healthy cells intact.

According to the Washington study report 96 % of all cancer cells perished within 16 hours when exposed to the special iron containing compound holotransferrin and the Artemisinine of Artemisia annua.

A Testimonial from a medical practitioner:

“Hello Dr. Saputo: I am a practitioner of Chinese Medicine and have been using Artemisia annua, Cloves and a tincture made from Black Walnut, for 18 years with great success on my cancer patients. Get started on the human trials as soon as possible. I have not seen any negative side effects on any of my patients. The Artemesia can be easily grown and works very well as a natural product. In Chinese, it is called Qing Hao Su. Artemesia is written in the Bible 8 times, which proves that it has been used for at least 2000 years safely.” https://www.youtube.com/watch?time_continue=1&v=_Or8xLOGBu8 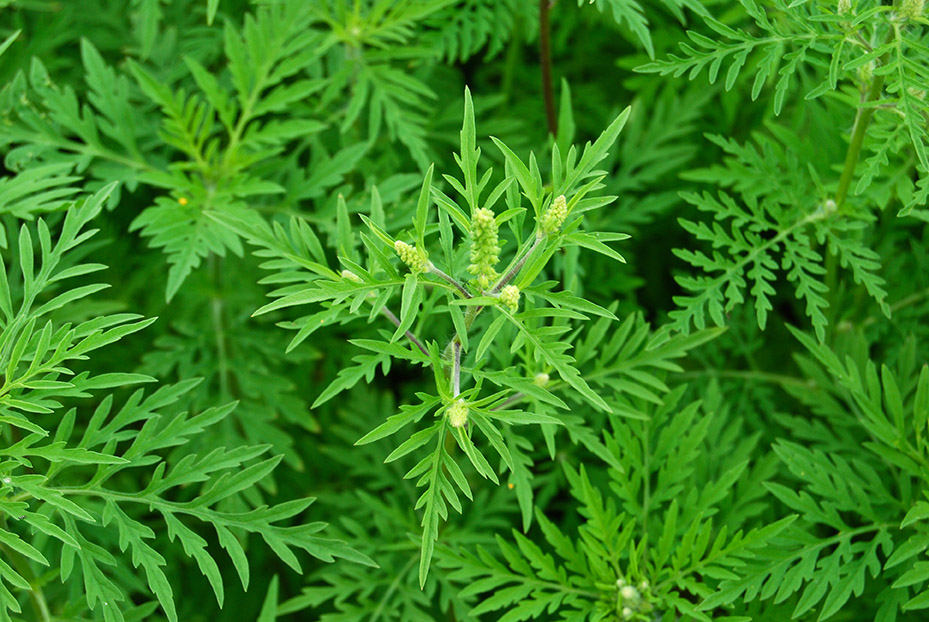 Sesquiterpene lactones (SLs as in Artemisia annua) are the active constituents of a variety of medicinal plants used in traditional medicine for the treatment of inflammatory diseases. In recent years, the anti-cancer property of various Sesquiterpene lactones (SLs) has attracted a great deal of interest and extensive research work has been carried out to characterize the anti-cancer activity, the molecular mechanisms, and the potential chemo-preventive and chemotherapeutic application of SLs.Taken together, many SLs are emerging as promising anti-cancer agents with potential applications in both cancer chemotherapy and chemoprevention. (Cf. http://www.ncbi.nlm.nih.gov/pubmed/15992352)

Sesquiterpene lactones in essential oils are mainly from the Asteracea family:

All these Terpenoids, which are the basic building blocks of essential oils, are more and more understood today as having highest potentials to prevent and treat numerous types of cancer.

According to a study for example in the ‚World Journal of Hepatology‘: “A large number of terpenoids exhibit cytotoxicity against a variety of liver tumor cells and as cancer preventive as well as anticancer efficacy. … Some of the most effective essential oils against unhealthy irregular cells as scientific research shows are:

These essential oils are remarkable because they are able to selectively harm or disable cancer cells while leaving healthy cells intact. This is in contrast to many conventional cancer medications and treatments, which are often poorly targeted and cause severe side effects.“ (Cf. http://www.thealternativedaily.com/herbal-essential-oils-cancer-cells/)

In cancer studies, the most bioactive constituent in chamomile has been identified as apigenin. Recent studies have shown that medicinal chamomile extracts have little effect on normal cells, but have a significant effect in inhibiting many human cancer cell lines. This effect has been found in skin, prostate, breast and ovarian cancer. The 2010 Switzerland cancer study mentioned earlier found that chamomile essential oil killed 93 percent of breast cancer cells. One can find apigenin also in extracts of Parsley, Celery, Peppermint, Oregano etc. – and also in Green Tea. (Cf. http://www.thealternativedaily.com/herbal-essential-oils-cancer cells) 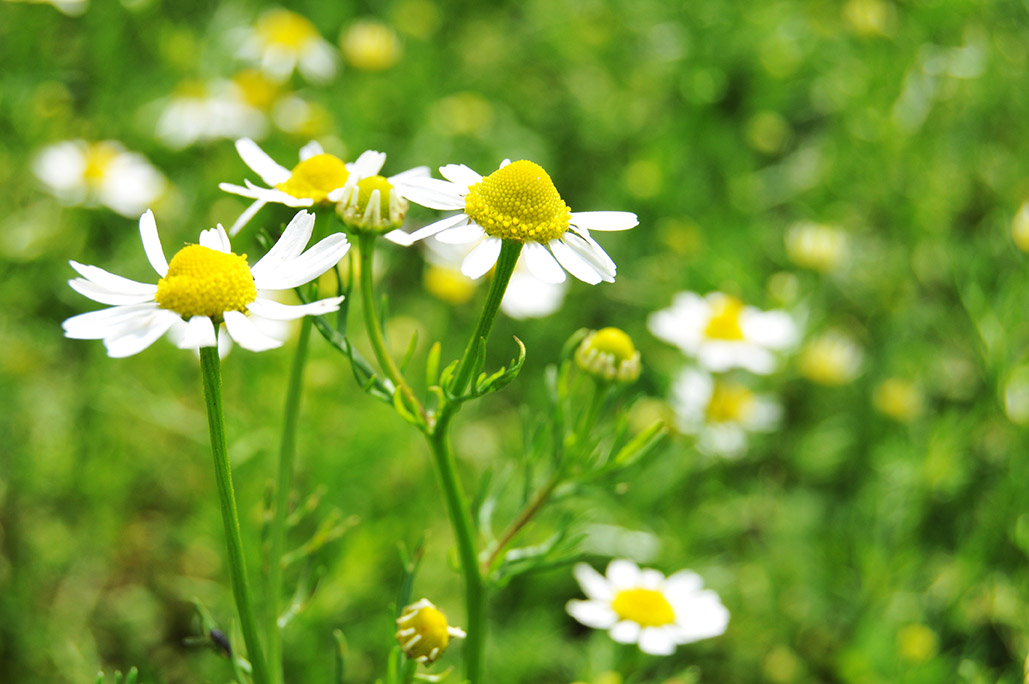 Sandalwood oil has been documented by research at Brigham Young University for its ability to inhibit some types of cancer cells. It is also used for viral infections, especially in the skin, and acne, wrinkles, and scars. Sandalwood has been used for deep sleep.

Sandalwood oil also “may help remove negative programing from the cells. It is high in sesquiterpenes and sesquiterpenols that stimulate the pineal gland and the limbic region of the brain, the centre of emotions. The pineal gland is responsible for releasing melatonin, a powerful immune stimulant and anti-tumoral agent.” (Cf. www.inquisitr.com)

Sandalwood and ovarian and prostate cancers

Robust activity against 8 cell lines derived from human ovarian and prostate cancers was shown. This indicates broad activity against many human gonadal cancers. In particular, the growth of all eight cancer cell lines were inhibited by both oils, with the Santalum album oil being approximately 1.5-3 times more active than the Santalum spicatum oil.

The results set forth above indicate that Sandalwood oil has general applicability against cell lines that represent various solid tumors and other cancers. Therefore, as shown herein, sandalwood oil is a broad spectrum tumoricidal agent.

Sesquiterpenes are found naturally in plants and insects, as semiochemicals, (e.g. defensive agents or pheromones). There are more than 10,000 kinds of sesquiterpenes. They are the principle constituents for example of Cedarwood (98%), Sandalwood, Vetiver (97%), Spikenard (93%), Myrrh…. to just name a few. Sesquiterpene molecules deliver oxygen molecules to cells, like hemoglobin does in the blood. Sesquiterpenes can also erase or deprogram miswritten codes in cellular memory. (Cf. http://airase.com/glossary/sesquiterpenes)

Sesquiterpenes are thought to be especially effective in fighting cancer. The root problem with a cancer cell is that it contains misinformation, and sesquiterpenes can delete that garbled information. At the same time the oxygen carried by sesquiterpene molecules creates an environment where cancer cells can’t reproduce.

Here is a more complete list where sesquiterpenes are principally found in essential oils:

Blue Spruce Conifer essential Oil has natural antiviral and anti-bacterial properties. It has also mucolytic properties and a high percentage of alpha-pinene making it a good home remedy for bronchitis, asthma and respiratory congestion. Alpha-pinene is known for having strong antiseptic, anti-bacterial and expectorant properties.

Also Blue Spruce contains high amounts of d-limonene which is anti-cancerous and anti-viral. It is the same compound which Prof. Hatt from Bochum University used for their already mentioned research on smell receptors of Cancer cells.

Most of the Conifer and Citrus oils contain d-limonene.

„This is probably one of the major aspects responsible for the therapeutic power familiar to essential oil users. Many oils containing PMS have been found to be useful in addressing many illnesses, injuries, and disease conditions.“ (Cf. https://www.curezone.org/forums/fm.asp?i=839144)

1. Clean receptor sites
Phenols and phenylpropanoids can act to clean receptor sites on the surfaces of cells. This allows the proper transfer of hormones, peptides, neurotransmitters, steroids, and other intracellular messengers.

2. Reprogram Correct Information
Monoterpenes, working at both subcellular and intra-cellular levels, protect against free radical damage and work within cells to produce properly programmed strands of RNA and DNA. This helps insure proper cell-to-cell communication and maintain healthy bodily functions. Many refer to this as “reprogramming the cells”.

3. Deprogram Bad Information
or Deprogramming Miswritten Codes in the DNA

Sesquiterpenes seem to work at the subcellular level by affecting membrane fluidity and facilitating oxygen transfer. Sesquiterpenes may also affect transport of material inside the cell. This allows for access to DNA and RNA which may offer a scientific basis for “deprograming or erasing the incorrect information from cellular memory” often referred to in holistic healing circles.

These three classes of chemical components may be why essential oils sometimes affect a healing that is nearly instant and also permanent. What they simply do is to restore the body back to its natural state of balance and health at the most basic and fundamental levels within the cells.

There you have it in a nutshell: The way the blood-brain barrier works and the biochemistry of one of the ways essential oils can help achieve a healing. (Cf. https://www.curezone.org/forums/fm.asp?i=839144)

“Regarding the so called Blood-Brain Barrier, it would be more accurate to consider it a sieve or filter through which only molecules of a certain size or smaller can penetrate. When it comes to essential oils, small molecules are what they are made of. That is why they are aromatic. The only way something can be aromatic is for the molecules to be so small that they readily leap from the surface of the substance and circulate in the air so they can enter our noses and be detected as odour and smell.” (Candace Perth) And this is one of the reasons why they have so many miraculous effects on the emotions – healing from inside the “body mind”.

Most of the molecules of the substances used in chemo-therapy are too large to pass through the Blood-Brain Filter which is why doctors say that chemo doesn’t work on brain cancer. Some of the molecules get through, but not the whole suite of drugs intended. And that is why massage oils (fatty oils) such as corn, peanut, safflower, walnut, almond, olive, and other oils pressed from seeds are not aromatic. Sure, they have a smell, but you can’t smell them across the room in minutes (or seconds) as you can when one opens a bottle of Peppermint or other essential oils. (Cf. https://www.curezone.org/forums/fm.asp?i=839144)