Anise (Pimpinella anisum) is an old healing plant of the Mediterranean, already used by the Egyptians, Greeks and Romans against digestive and bronchial problems. Pythagoras, Heraclite of Ephesus and Plinius mention Anise in their scriptures. Medicine in the Middle Ages puts Anise among the dry and hot plants – meaning those which heal digestive problems and favour sudation.

The early Arabic name was “Anysum” which later became Greek “Anison” or “Anneson” and the Latin “anisum.” The meaning of the name Anysum in arabian language is “companion”, “genial” or “close friend”. The Medieval name “Pimpinella” is derived from the Latin name “dipinella,” meaning twice-pinnate or bi-pinnate – in allusion to the form of the leaves. Anise is a native of Egypt, Greece, Crete and Asia Minor. It was alread used in central Europe during the Middle Ages. The Greek used Anise widely in their famous so-called miracle medicine “Theriak”.

Often satisfied with poor and even dry soil the plant needs hot summers and strong infrared sun light to bring its small crescent shaped seeds to maturation. Its beautiful finely designed floral “umbrella” (hence the name “umbellifera”) helps to expose the seeds fully to the heat of the Sun, but also to the cooling influence of the Moon and the Stars. The oil is mainly distilled in Hungary, Spain, Egypt and Turkey. 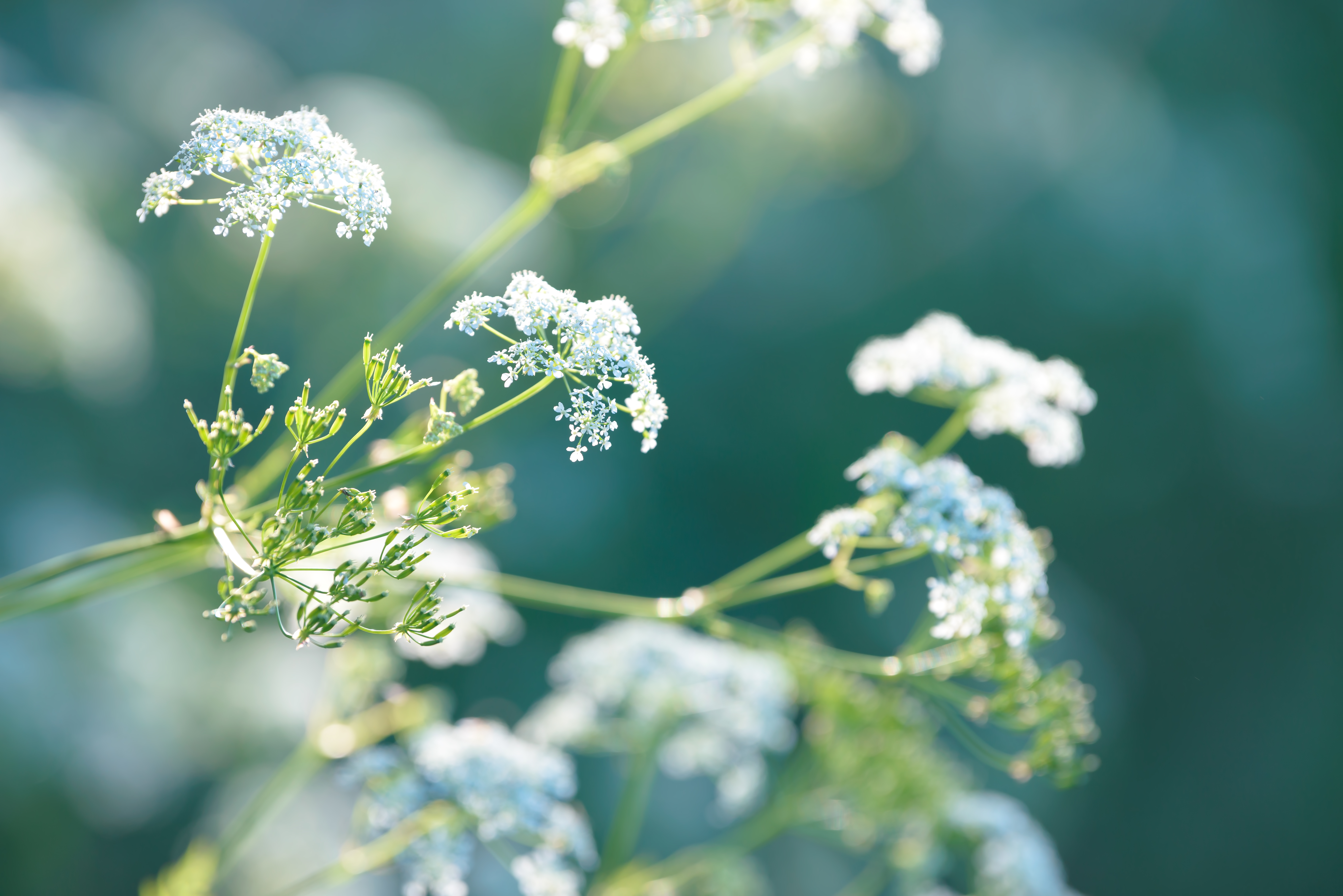 Its “hemispheric counterpart” is Star-Anise (Illicium verum), growing wild in Vietnam and Southern China. The warm and sweetly anisic odour of the oil distilled from the sun burnt star shaped fruits (Star Anise) reveal its pungent character only when taken on the tongue. 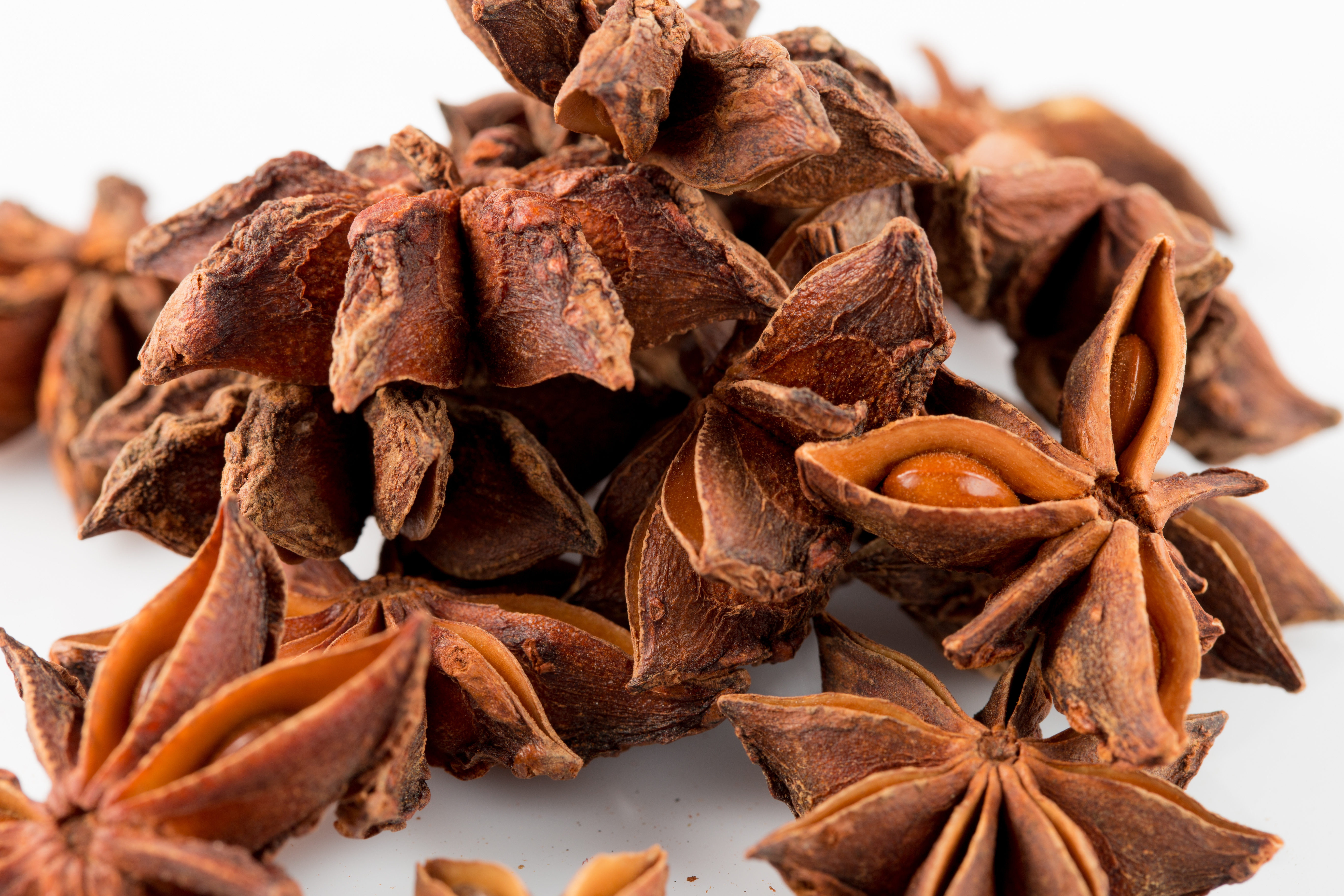 With trans-anethol, a floral ether, being its major bio-chemical compound, Anise oil has a natural affinity with our neuro-muscular system. It has excellent anti-spasmodic and analgesic properties and, diluted in carrier oils like Hazelnut or Walnut oil, alleviates muscular, bronchial, solar plexus, digestive and uterine spasms. Combined with Wintergreen, tropical Basil, Bay Laurel, Peppermint, and Eucalyptus citriodora oil it is an excellent agent against lumbago and sciatic pains.

If we consider that physical pain is very much linked to an excessive air element in the body which exerts pressure especially on nerves and the finer body tissues we may understand that a natural reliever of such pain is the element of space. Increasing space (Ayurveda “akasha”) means to open the contracted channels and give new subtle energy flow to the system. The ethers (here trans-anethol) have this amazing power to achieve “energy correction” in our physiology soothening and correcting the “pain body’s” natural tendency to cramp and close when facing stress, fatigue, shocks and all kinds of imbalances. In this context, not to forget: Ayurveda notes that Star Anise oil is an effective relief for pain associated with rheumatism.

The expression of this presence of the akashic element is well visible in Anise in form of the signature like “airiness” of the plant. We can say that Anise (as well as Fennel) stretch out to space leaving earthbound “matter fields” somehow behind for a more energy based approach to our well-being.

Anise oil is digestive in its warming and soothing character

It is also full Agni (fire) according to Ayurveda, full Sun heat to help a lazy digestive fire to sparkle up and help our metabolic funtions. In this perspective Star Anise helps against accumulation of mucus which is due to an imbalance of kapha dosha (the “heavy” body typology) in the bowels. It stimulates our appetite for food, desinfects the digestive tract and counteracts fermentation and intestinal gas. Also our pancreatic function is enhanced. According to Anthroposphy Anise relaxes and regulates intestinal motility.

As a “digestive facilitator”, it is no wonder that Anise oil is used traditionally for pastry, esp. for flavouring cookies, candies, liquorice, Lebkuchen etc. In a sense, it is “spicy sweet against sweet” since food of sweet taste is the most difficult to digest according to Ayurveda, and the hot-sweet Anise oil does exactly that. Not only that it adds a warm and pleasant taste to so many recipees, but as a natural “metabolizer” it quickly breaks down “food compounds” like fats and sugars. Linked to alcohol it enters into numerous Mediterranean liquors like the Southern French Pastis, the Greek Ouzo or the Turkish Rake, all known for their digestive properties. With its antiseptic and carminative character, it is also an excellent counteragent against malodour and bad smelling breath. Even in certain toiletry fragrances and perfumes like Yohji Homme and Cologne formulas Anise oil has become an important ingredient. Some research shows that anethole (or trans-anethole) the active ingredient in Anise seed, “may keep blood sugar levels in check when paired with a healthy diet. In one 45-day study in diabetic rats, anethole helped reduce high blood sugar by altering levels of several key enzymes. Anethole also enhanced the function of pancreas cells that produce insulin. Another animal study also reported that anethole improved blood sugar levels in rats with diabetes.” https://www.healthline.com/nutrition/anise 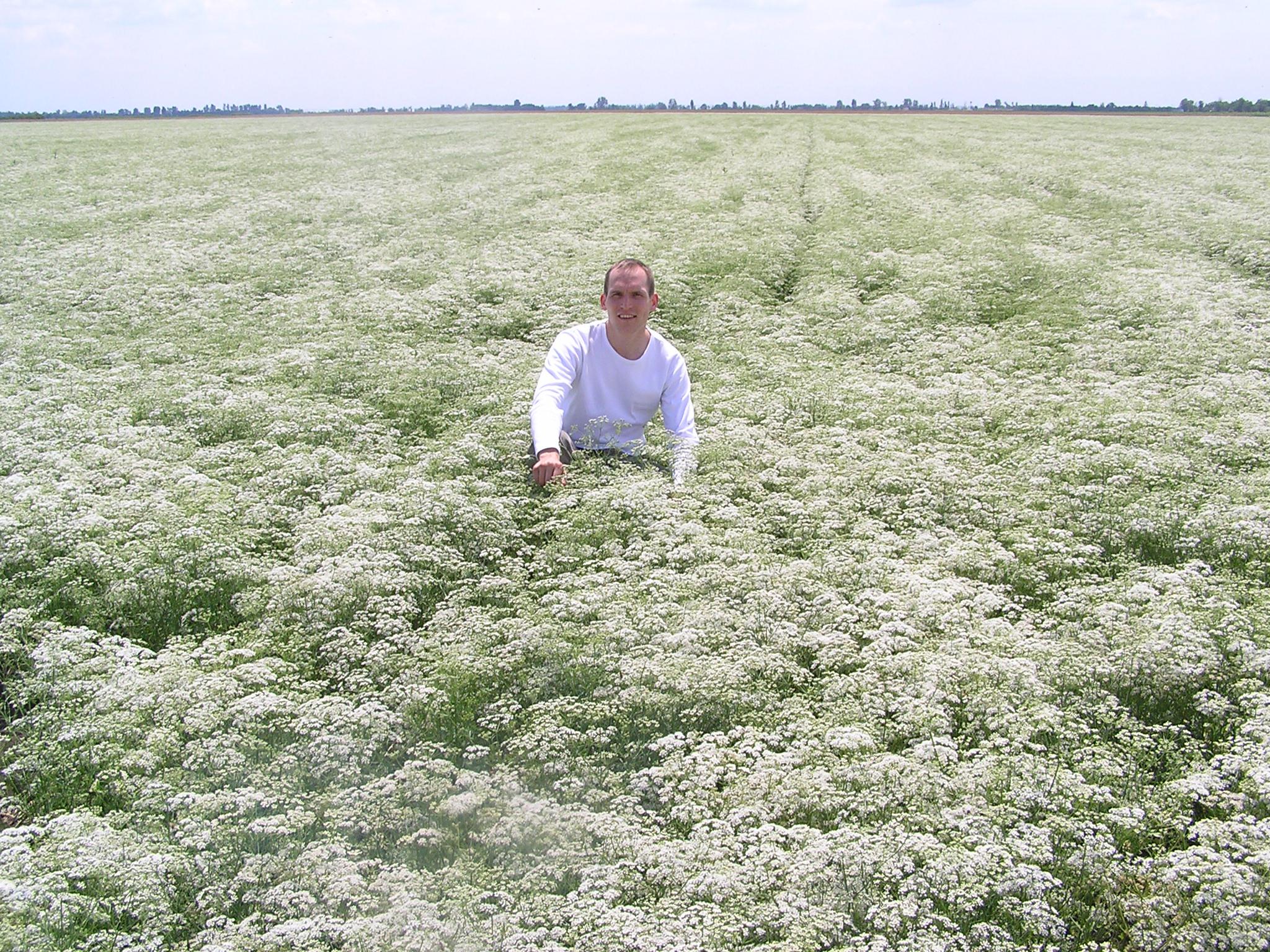 Folk medicine knows about its virtues for the femal gender and praises the galactogenic properties of Anise seeds. In the Middle Ages women who had not enough milk for their babis were recommended to chew anise seeds or soak them in milk and drink the concoction before breast feeding. Taken with care Anise oil with its phyto-estrogenic character has excellent emmenagogic properties, eases painful periods and helps against premenstrual and menopausal problems such as hot flashes, fatigue, dry skin etc. Anise has shown to mimic the effects of estrogen in the female body and thereby potentially reducing symptoms of menopause, dysmenorrhea etc. “In one four-week study, 72 women with hot flashes took either a placebo or a capsule containing 330 mg of anise seed three times daily. Those taking anise experienced a nearly 75% reduction in severity and frequency of hot flashes (12Trusted Source).” https://www.healthline.com/nutrition/anise

“In a clinical study, the effect of capsules containing anise oil, celery and saffron was compared with that of mefenamic acid capsules in 180 female students (with age of 17-28 years) with primary dysmenorrhea. The results showed significant reduction in pain intensity in both herbal and mephnamic acid group compare to placebo group. Also the results revealed that the effectiveness of herbal capsule was better than mephnamic acid in pain relief and can be a suitable alternative in primary dysmenorrhea.”
https://www.sciencedirect.com/science/article/pii/S2221169115301726

…and – given its capacity to soothen the excitation of the “flimmer hairs” on our bronchies (which get irritated when we have caught a cold) – it helps against spasmodic coughing. Anti-coughing candies therefore often contain Anise oil. In combination with Ammi visnaga and Litsea oil, Anise oil is extremely helpful against bronchial asthma and major pulmonary infections.

“In conclusion, research results, although preliminary, con?rm the ethnobotanical uses of Anise-seed in the treatment of airway in?ammatory diseases where the bene?cial e?ects are attributable to its major component anethole and encourage further studies on its mode of action onthe respiratory system.” https://www.researchgate.net/publication/323239780_Aniseed 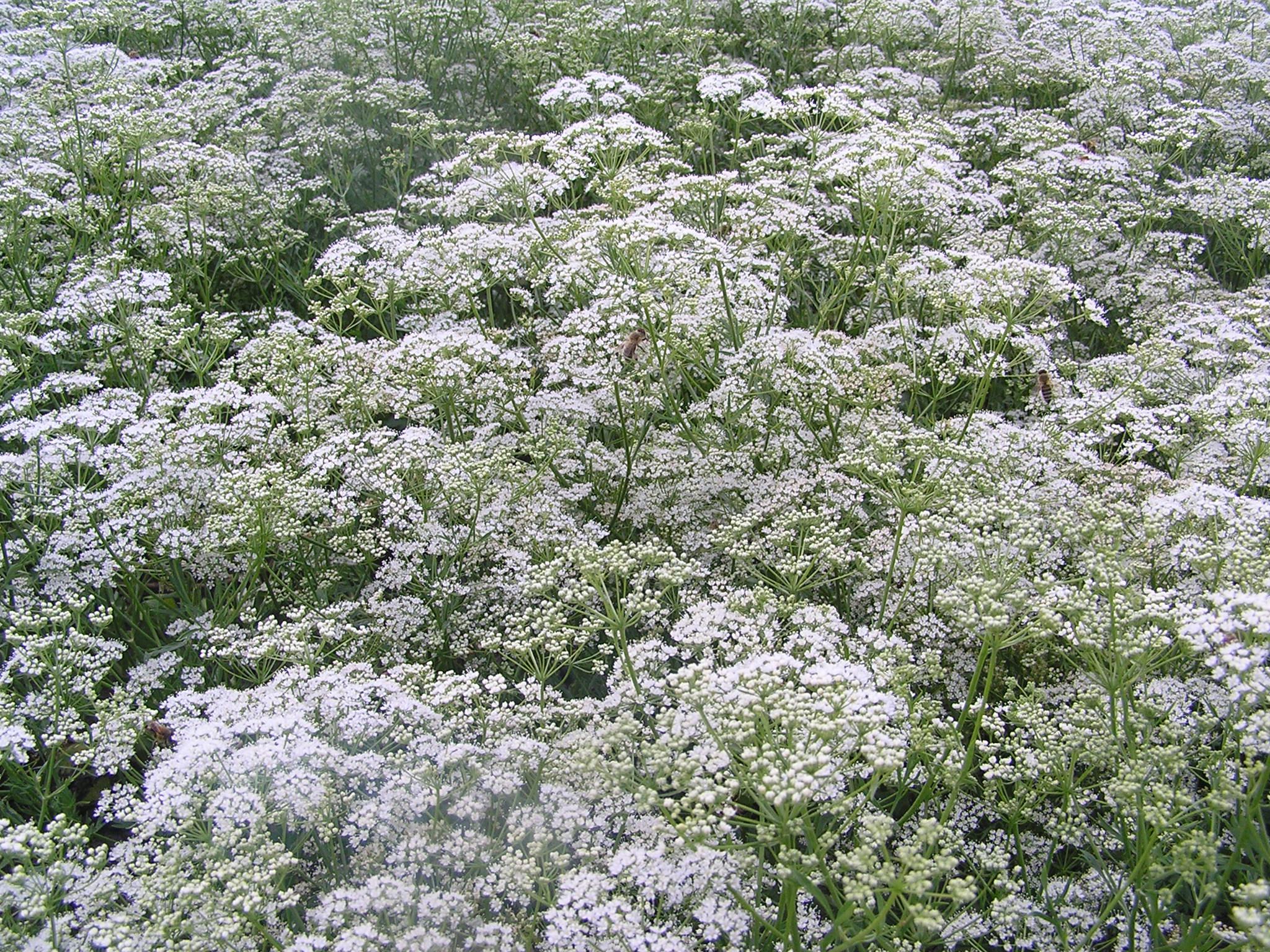 Anise prevents the growth of fungi and bacteria

Anise oil has shown to have compounds with strong antimicrobial and anti-fungal properties.

“One test-tube study demonstrated that anise seed and anise essential oil were especially effective against certain strains of fungi, including yeasts and dermatophytes, a type of fungus that can cause skin disease. Anethole, the active ingredient in anise seed, inhibits bacterial growth as well. In one test-tube study, anethole blocked the growth of a specific strain of bacteria that causes cholera, an infection characterized by severe diarrhea and dehydration.” https://www.healthline.com/nutrition/anise

“Anise extracts show a satisfactory antioxidant and antimicrobial powers suggesting their potential use to treat infectious diseases and to fight free radicals. The results demonstrate the superiority of seed extracts over aerial part extracts. The results also indicate the stronger activity of ethanolic extracts compared with aqueous extracts. This research provides scientific insights into the antioxidant and the antimicrobial potency of anise.” http://epj.eg.net/

According to Ayurvedic understanding, Anise soothes Vata induced nervousness and restlessness, but at the same time prevents the lethargic, depressive tendencies of an imbalanced kapha. It invigorates the mind and calms down palpitations of the heart and of emotions. Its bio-electrical energy bestows tonus and vitality to the system without giving rise to excitation. It is also recommended, when inhaled with a few drops on a cup of hot water for softening tensions on the solar plexus and revitalizing our nervous energies. A single drop of Anise oil in honey and milk before sleeping may help to bestow sweet dreams.

The grounding quality of Anise in contrast to its etheric top-note is examplified by the tradition in ancient Italy to use Anise against seizures and epilepsy, as in this proverbe: “Chi terrano in mano una pianta d’aniso, non saran’ molestati dal mal caduco – who has an Anise plant in his hands will not be worried by seizures.” This shows beautifully the polar-unifying tendency of the oil – as above, so below.

Anise oil is etheric-earthy in its true sense. As a seed oil it has a natural affinity with our metabolic and endocrinal functions linked to the hypothalamus and the pituitary gland ruling over “secretions and emotions”. With over 90 % of ethers as its major compounds it takes a harmonizing, vital-spiritual position in the realm of healing oils. It enables us to reset the balance between the physical and the energetic realms of our existence thus – in psycho-spiritual terms – free us from the overwhelming power of negative emotions such as fear, depression, revengefulness, frustration etc. As such we can say it helps the etheric (astral) body or “body of Light” in us to settle more strongly in the physical by opening up inner constrictions and helping us to feel again “at home” in ourselves and in harmony with our life and environment. The akashic (space) connectíon of Anise is also examplified in its link with the ears and the sense of hearing, which is connected to the element of space according to Ayurveda.

But Anise oil has to be taken with knowledge and care so that the etheric properties of its compounds keep our own subtle energies earthbound and balanced.

Anise: A powerful guardian of the threshold with the sweet smile of an angel child 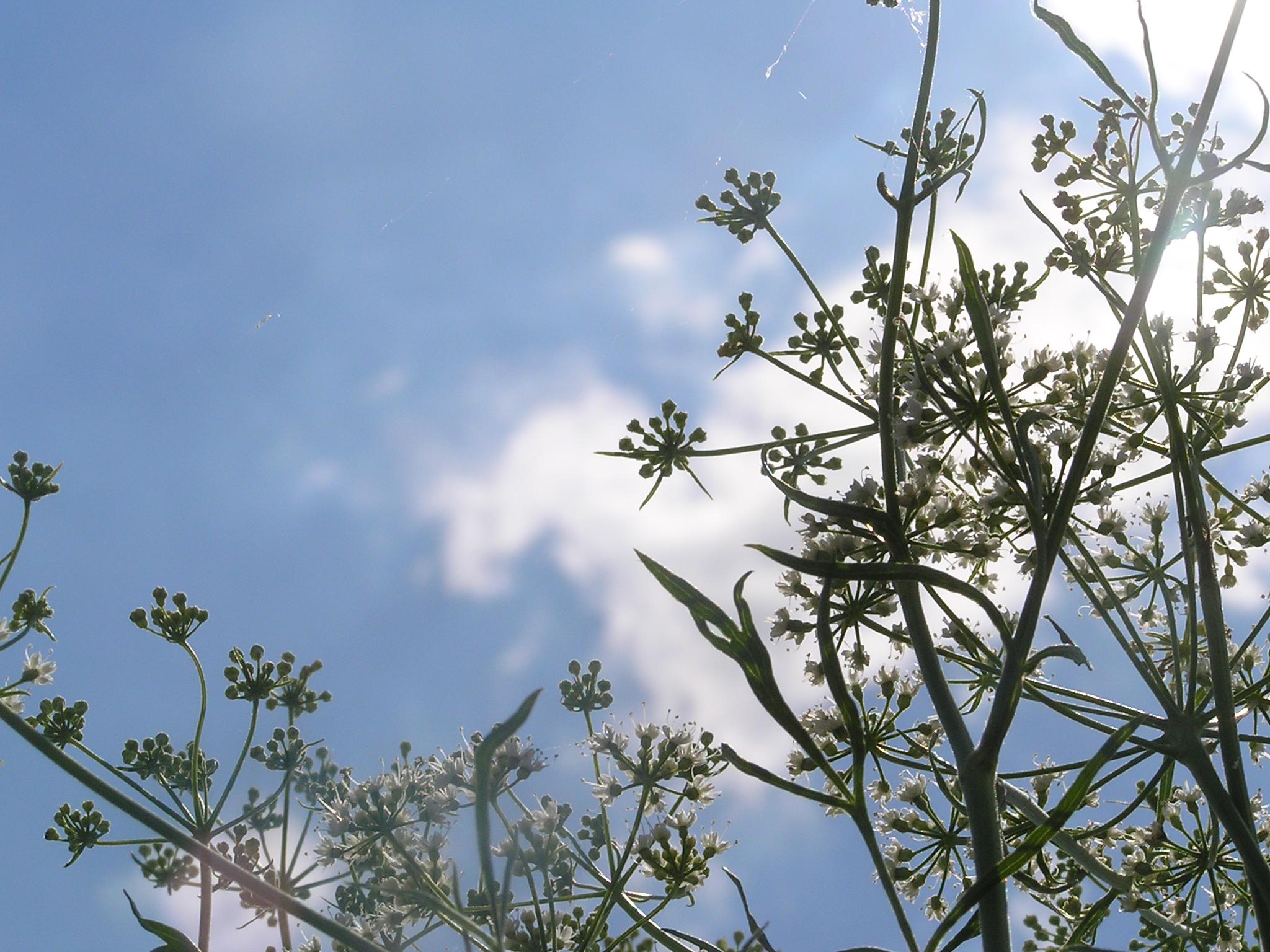