Understanding the spiritual side of distillation

Herbs release their essential oils only through special processes of extraction. We have to use either steam at boiling temperature, or pressure at supercritical levels (CO2 extraction), or solvants as chemical separating agents.

Distillation = Sublimation of the Work

It shows Nature sitting in a tree-of-life chair representing Distillation. She tells the alchemist to leave his narrow mechanistic thinking behind and follow her…

…means heating and cooling, expansion and contraction – sometimes alternating rapidly several times – the polarity of life in a few hours…

Self-distillation is nothing else: expanding and contracting – the polarity of feelings and thoughts – millions of times – we are all churned in the same vortex „soup“ – until the job is done…

In alchemy this is also referred to as the process of “Solve et coagula” = “dissolve and coagulate” – means: evaporation and condensation. Means: alternating between the ‘light” and the “heavy”, the etheric and the matter-based elements. This is what happens in distillation when the plant essence, the essential oil, is liberated from the plant glands, evaporates and densifies again in the vortex of the condensor.

And in terms of our own experience: Before we get free from the limitations of our body we have to learn WITH it. And that means : we have to “distill” ourselves. Means: we have to go through our inner “churning” process of contraction and expansion. In other words: we have to accept the ups and downs of the human condition, make the best out of it, see it as a neceesary “laboratory job” which – to be honest – we have chosen ourselves to become free.

And this, has to do with discovering our “vortical” alignment with the Universe via the Serpent Power (Kundalini) within our own physio-spirituality.

A special distillation process is called “Vacuum distillation” – which means that one distills under less or no pressure so that the boiling temperature is lower. On Mount Everest you could probably distill already at 78 degrees (On Mont Ventoux in Provence at maybe 96 degrees…). It can be interesting for certain plants, especially those which are tender like flower petals from Rosa damascena. That’s what the Persians do when they distill Rose on 3.000 meter altitude where the pressure is lower.

So, as you see, the principle is: the lower the atmospheric or internal equipment pressure = (pressure in the still via creating a vaccum) the lower will be the temperature needed to make the water boil and create steam. The outcome depends on the plants.

…and it is good to remember the principle of this “vaccum distillation”: Tender human plants, esp. the human flower petals, should be self-distilled under low pressure and low temperatures. The sturdy ones which include solid stems and leaves easily support a normal equipment…
…whereas low pressure – low temperature distillation requires a complicated equipment – but which may be worth the investment for a better outcome, right ?

And looking at the imperfections of this process, which can lead to all kinds intermediate „disturbances“ or failed alignments like disharmonious feelings, emotional upsets, not feeling at ease (dis-ease)…

But what is all this finally other than continuous re-adjustments of our imbalances in the body’s energy system, specifically on the level of interaction between heart and mind, feeling and thinking. One can also say: imbalance of attraction and aversion, yes and no, love and hate, integration and frustration…

…in short: lessons to understand the true meaning of our „human condition“.

Which also has to do with not understanding and not beeing educated to understand that the road to our outer and inner freedom is meant to be paved with obstacles.

The body with its thousands of yearnings, short-comings, troubles, pains… is the major problem in all this on our road. But it seems, we wanted this. We wanted a body as a lab for learning to handle ourselves and the world. We wanted these challenges in order to speed up evolution. After all: it’s too easy in the astral world… right?

That’s what the German saying means: “stirb und werde” = “die and be-come” or “die and come to be”.

In ancient Indian Philosophy or Mythology this whole process is llustrated in the story of THE CHURNING OF THE MILK OCEAN = the cosmic polarity of contraction and expansion. The “Naga” (King of Serpents), called Vasuki, is curled around the mountain Mandara. Vishnu is incarnated in the form of a great turtle under the mountain. Devas (demigods) and Asuras (demons) pull on the Naga’s body to churn the water of the ocean for thousands of years in order to produce the nectar of immortality, Amrita.

“This charming tale of the churning of the milk ocean, while extraordinarily simple, contains the details of a profound occult process. It illustrates the ‘alchemical’ dynamics between two opposing forces which generates the passage from chaos to cosmos. The most important aspect of the churning tale is the creation of an axial alignment, a stable point around which the dynamic motion occurs. The churning takes place inside the spiritual human structure – inside the „Ocean of consciousness”. That is the level where the subtle (microcosmic) alignment in Man mimics the macrocosmic alignment.” – Patrizia Norelli-Bachelet

And that’s it: On the subtle energetic level, the churning is a vortical “dynamic motion” of energies of the human “Kundalini” inside the spinal cords. And the alignment means the integration of opposite forces in us – particularly the harmonization between the male and the female principle – the animus and anima (C.G.Jung), the Sun and the Moon, the Pingala and the Ida in the “Tree of Life” of our spinal axis.

And here the „Churning of the Ocean” as beautifully explained by Theosophy – Krishnamurti: “It is called „samudra manthan“. We may compare mind to an ocean, in which there arise waves of emotions and thoughts.

We often use the word, “manomanthari” which represents the great churning in the mind, whenever we are faced with difficult situation and are unable to decide what course to choose. When our mind is pulled in two different directions, it is subject to intense churning, and a great turmoil is set up.” (http://www.ultindia.org/tm_magazine/TMJan10.pdf)

Human beings live to awaken the inner cerebro-spinal energies in order to be able to withstand harmoniously the multiple challenges of the physical world.

When this energy flow – or: transmission of cosmic Prana into our psycho-physiology – is getting low or even interrupted manifold diseases or even degenerative diseases such a Cancer etc. can appear.

So then to conclude: Human evolution has its inner sense in the interplay of opposite energies or forces well illustrated in the self-distillation process which ends up in yielding the quintessence of matter (body) and energy (soul) combined and reconciliated.

And this process means

We are in truth all just radiant balls of energy. Energy that pulses everywhere throughout the Universe. And all this energy has a certain frequency of vibration, and this frequency is what determines the evolutionary steps we create in our life. Without doubt, we have definitely the choice… The good thing is to know that this frequency can be enhanced through positive thoughts, feelings, actions, diet… and also through essential oils. 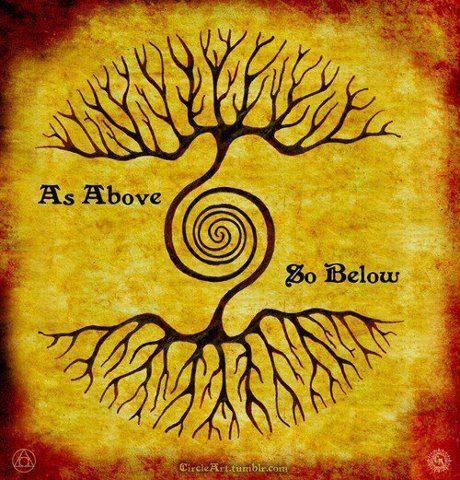 And it is principally: finding the answer to the eternal quest of the human soul… What is “heaven”, what is “earth”? What is the hidden “above”, behind the secret of our life, the enigma of ourselves. If the “above” can be found “below” how we can have access to it, how we can understand it, integrate it in our lives.

But for this to happen – in order that the human can access to his quint-essential energies, he has to be purified, detoxified, “reborn” as a new being. He has to be “distilled”,or “devoured”… 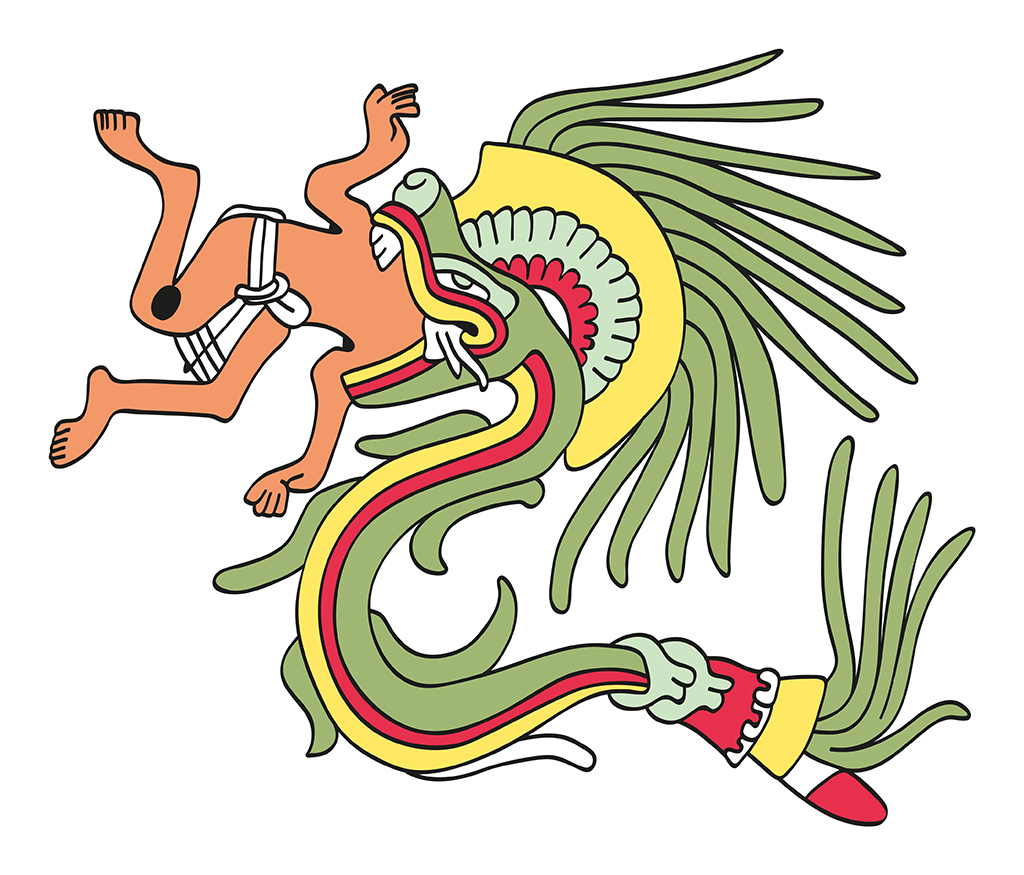 And what does this mean?

„Strip down the self to nothingness, leaving everything bare to be scrutinized. By gaining self-knowledge about one’s nature and one’s relation to God, the soul is reformed, the impurities expunged, and it is united into a pure and undivided thing.“

…and this is a process of opening and closing of the inner vortex of life – millions of times of YES and NO, LOVE and HATE, INTEGRATION and AVERSION, EXPANSION and CONTRACTION of our own “vegetative “energies, steamed and condensed, re-steamed and re-condensed to finally release the light, the fragrant light of our immortal flower of life.

…and essential oils help us immensely for this rebirth in spirit…

Messengers of light and cosmic energy as they are, they support our daily meditation in a powerful way, raising our consciousness – through „body-awarenss“ and „mind-awareness“ to the higher Self.

It is from here that we really „connect“ – meaning: that we create and live the bliss of being together, together with ourselves AND the world. It is here that we have given up the deviations and falsifications of all ouer mental, psychological, social, environmental imprints and traumas. And it is here that we have „lost it“ – because we have found it…

IT: meaning the reality of the human being as „designed“ by Divine Intelligence.