Benzoin was already described in medieval times by the famous Persian physician Ibn Senna (Avicenna) as “Javan frankincense”. The resin then found its way to Europe by the crusaders and already in the 12th century became an appreciated trade article under the term “gum Benjamin”. It was even subject to tax in the Europe of the 16th century. The botanical name is Styrax benzoin or Styrax tonkinensis. The word “Styrax” is probably derived from a semitic/ phoenician/ Greek word meaning the “spike at the end of a spear”. And Benzoin, earlier called “bengewine” was derived from French “benjoin” which comes from Arabic “luban jawi” “incense of Java”.

The Benzoin has ever since been used in the far and Middle East including India for different purposes, among which the medicinal and ritual applications are predominant. It plays a special role as incense, even used for driving away snakes. The gum is known under the name of “loban” as an air-freshener in Arab countries and is often added to different herbal mixtures for fumigations. Some species of Styrax play a certain role as ornamental trees in parks and gardens. Others, owing to the fine structure of their wood, are used as handicraft products, especially in Japan for music instruments. Mixed to beverages, baked goods, puddings, and candies as a flavouring ingredient, Benzoin plays a commercial role within the modern food industry. It improves the taste and odour of the product concerned. Today, some of the Styrax species are threatened by extinction due to habitat loss and irresponsible logging.

The genus Styrax belongs to the Styraceae-family and consists of a number of different shrubs and trees which amount to more than 100 species. The plant prefers moist soils in regions of warm or (sub-) tropical climate especially of the Northern hemisphere and is native of South-Eastern and Eastern Asia (Indonesia, Vietnam, Laos, Thailand and China). Nowadays, species of the genus are widely distributed throughout the world including the American and African continents. The valuable balsamic Benzoin gum or Benzoin resin is obtained mainly from two different varieties of the tree: “Styrax benzoin” and cultivated in forest plantations of Sumatra yielding the Sumatra Benzoin. “Styrax tonkinensis” on the other hand, source of the Siam Benzoin, is growing in areas of Thailand and Vietnam. The latter, in its form as dried balsam of translucent colour, is more refined and purer which accounts for the higher price of the Siam Benzoin. The height of the quickly growing Styrax-trees ranges between 3 to 15 meters dependent on type and habitat. Some other trees of the genus may even reach 30 meters. Styrax is endowed with ovate leaves, evergreen or deciduous, and pendulous clusters of 10 to 20 silky white flowers emitting an aromatic mild scent.

A highly demanded and less expensive aroma than Vanilla

The Styrax balsam with its Vanilla-like fragrance is in great demand in the cosmetic and perfumery industry of today. It is utilized as an antioxidant and fixative in the manufacture of creams, soaps, lotions, and perfumes. A certain amount of the resin is made into tinctures for different applications within herbal medicine. The majority of the resinous fluid after immediate hardening to lumps is compressed, stored, and traded in pieces of a solid mass. They contain the dried exudation of the “tears”, gained from incisions regularly made into the bark of the tree as is usually done with most of the resinous substances in Nature. Styrax, once pierced, tolerates a certain number of wounds which stimulates it to produce the precious aromatic resin as a result of a self-defending reaction. The balsam is not earlier harvested from the grey bark of the trunk than after 7 years of the growth of the tree. It decays after a lifespan of about 17 years. The average yield of resin from a Styrax tree amounts to approx. 1,5 kg annually for a period of about 10 years.

As for the claimed therapeutic properties of the Styrax resin, traditional Islamic folk medicine emphasizes its effects as a remedy for treating dental ailments. Owing to this Benzoin resin as “lait virginal” and “Friar’s Balsam” enjoyed a high esteem in the European cosmetics and household applications of the 19th century. Benzoin resin dissolved in alcohol has ever been applied in the liquid form of a tincture. It has been sold as an ingredient in different mixtures for the daily healing demand and specially as first aid for local anaesthetic and for preventing possible wound infections. Due to the anti-biotic, anti-inflammatory, and astringent activity of the benzoic acid and benzoic esters abundantly occurring in the resin, wound pathogens developing in cuts and fissures of the skin are eliminated.

Most of the aromatic oil of Benzoin with its odour reminding of Vanilla is obtained by solvent extraction from the resin. It is a viscous amber-coloured liquid which, in dilution with special carrier substances or as a tincture, is applied for a vast range of purposes within aromatherapy. The skin healing effects especially are due to the smoothing properties of the oil. The calming and disinfecting qualities of the substance, restoring the elasticity of the cracked skin, are much appreciated in cases of irritation, itchiness and rashes of the tissue. Benzoin oil is preferred in treating wounds and sores, ulcers, scar tissue, eczema, acne and psoriasis. 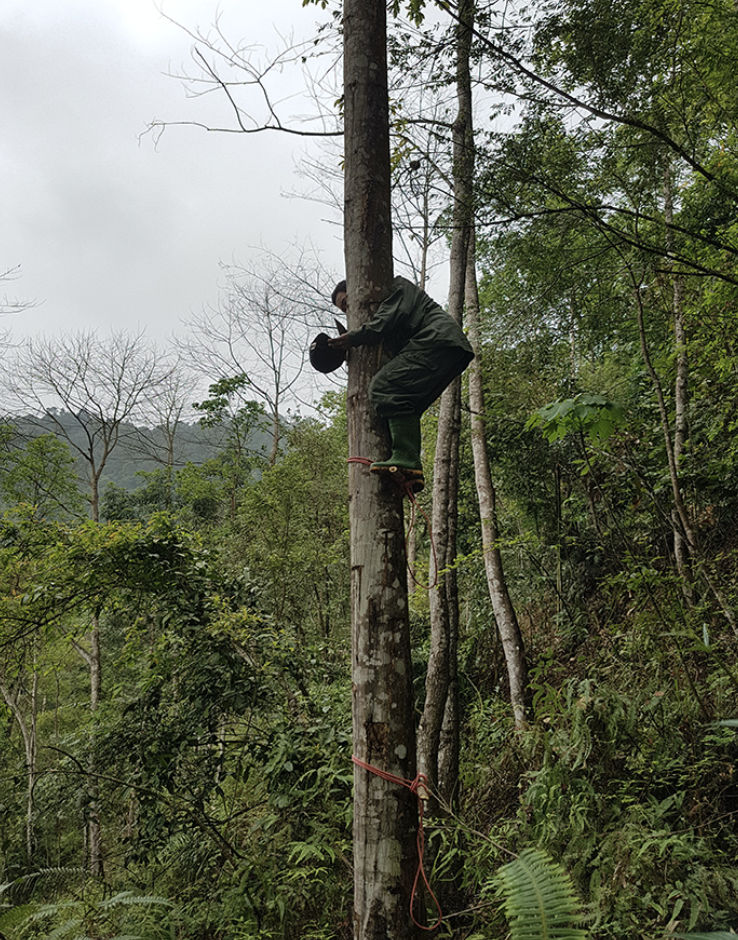 Benzoin is widely appreciated for its warming, balancing and tonic properties, and also for its beneficial effects as a remedy against ailments such as insufficient blood circulation, stress, muscle tensions and cramps. With regards to the respiratory tract on the other hand the oil helps as an expectorant in cases of coughs, colds, bronchitis, laryngitis and croup. It is said even to boost the dynamics of the pancreas and the digestive system and contributes as a diuretic and antiseptic to the health of the urinary system.

On the emotional plane, the oil is able to ease and balance disorders of the nervous system. Persons suffering from stress and exhaustion may feel invited by sensing the comforting influence of the oil in form of a vapour therapy. Through inhalation of the essence, its anti-depressant and mood-enhancing qualities are directly transmitted to the user.

From a spiritual perspective, the oil is said to secure harmony between the light and the dark energies inspiring the soul’s visionary quest and pursuit of peace and wisdom by meditation. With its sweet Vanilla like fragrance and soothing profile, Benzoin is excellent when feeling stressed, angry, anxious, worried, lonely…. Marguerite Maury comments on the emotional side of the oil when saying:

‘This essence creates a kind of euphoria; it interposes a padded zone between us and events’

That is nearly a perfect description for a “meditative oil” – an oil of “mindfulness” which helps us also to create a kind of buffer between our thoughts and emotions and our inner silent space.

Benzoin creates a beautiful background note to many synergies. There is hardly an oil blend that would not profit from a few drops of this amazing harmonizer of Nature. Think of any resin oil or wood oil such as Sandalwood, Copaiba, Amyris… but also all the Citrus and Conifer oils particularly, etc. etc.

A few thoughts on the “resin complex” in Nature

It is always amazing to see how the “good” and the “bad”, light and shadow, health and disease etc. are intimately connected with each other. They are just the two sides of the same coin, one also reflects the other, cannot exist without the other. This is the same for the “resin complex” in Nature. Benzoin is a resin, and the resins are just one of the many challenge responses of the vegetal kingdom echoing back from time immemorial into the plant world of today. It is true, resins are cumulated sun energy, mostly appearing in larger plants such as trees – and they also help the plant to cope with different temperatures – in a sense, they are „insulating“ thermo-protectors. In Norway, a Spruce is warming itself up against the ice-cold winter temperatures. In Oman, a holy Frankincense tree is cooling itself down against the extreme summer heat. 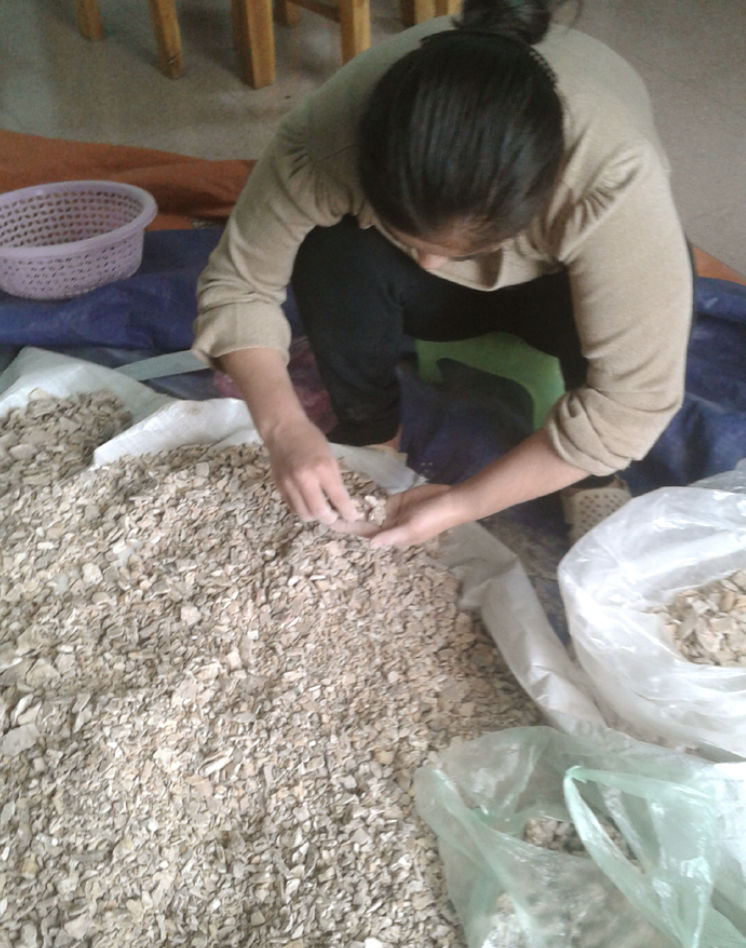 But resins are also answers to stress and strain, “boomerang effects” of the unavoidable challenges of evolution – in many cases caused by those “partner species” such as insects etc. And these can turn to be not only helpers for proliferation but nasty little enemies – not to speak about the higher animals and even man.

So then, resins play an extremely important role because

Long before essential oils and disitlled resins appeared in the cultures of our planet, certain burnt woods, barks and dried plants were used as incense to perfume the atmosphere, but also as medicinal helpers and “spirit healers”. To use resins as anti-septics and wound healers is definitely oldest medical knowledge of humanity. The correlation between the tree protecting its wound with the outflow of resin and the human being healing his wound with the resin collected from the bark of the tree is obvious. This is called “signature” reading, one of the oldest ways for intuitive understanding of the plant’s codes of connection with the elements of Nature and her hidden potential of healing.

” The ancients regarded the fragrant resins and oils as sacred and considered them the life blood of the plant, the carrier of its soul, and burnt them ritually as a sacrifice to the Gods. It was believed that the Gods lavished themselves on scent, rather than substance. Scent is the subtle (or not so subtle) body of a being, the medium by which messages are transmitted chemically, below the threshold of consciousness. We still use this method of communication, though our aim is usually to get the attention of the opposite sex, rather than to win favour with the Gods.”

Properties of the Oil resumed: 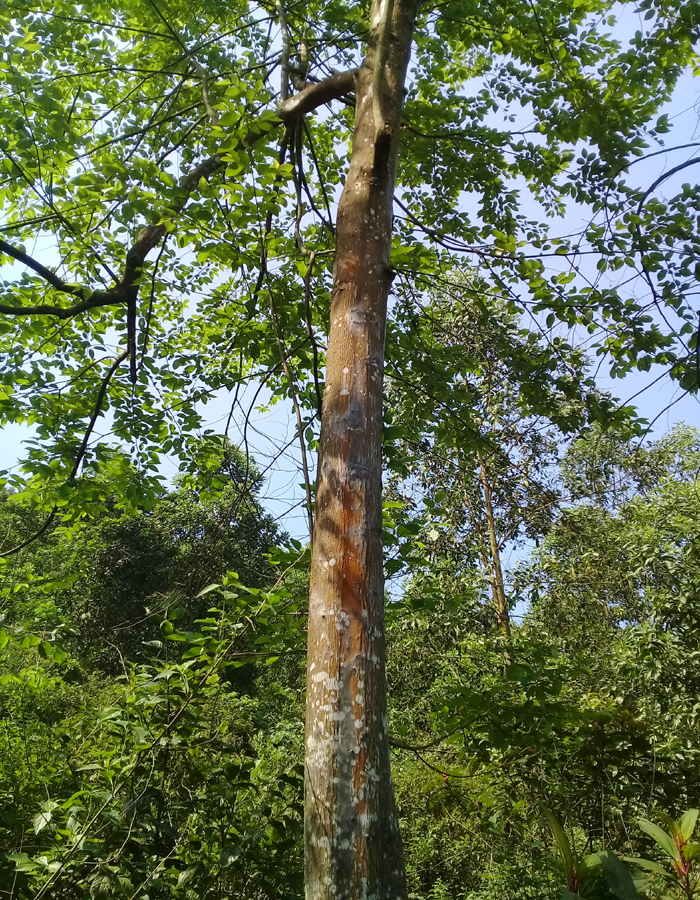 Caution: Make patch tests before use. Styrax benzoin may cause skin irritations for certain skin types