Epilepsy is a neuro-psychiatric disorder. It has a high statistic today among children and young adults. India has about 10 million people suffering from epilepsy. 95% of them are never treated for it because of not having access to valuable treatments. Also:

“It is the most expensive chronic neurological brain disorder in Europe. According to the World Health Organization and the World Bank, the costs of epilepsy constitute 0.5% of all diseases.”

So, we have to ask ourselves, why this neurological dilemma appears in such an intense mode in our modern society and – on the other hand – why did and still does it touch quite a number of outstanding, “strong guys” – characters known for amazing accomplishments in their lives? Was it their stronger exposure to stress and strain? Was it the intensity of their brain functioning, their psycho-neurological outfit which also made them “special”? And what are possible treatments today or back in time?

The “Journal of Epilepsy Research” mentions Rishi Muni and Yajurveda performances in India with “Hawan” using smoke to cure all kinds of disorders.

Rigveda – the most ancient written text  of knowledge speaks of

“Sublimating the Hawan samagri (mixture of wood with odoriferous and medicinal herbs) in the fire accompanied by the chanting of Vedic mantras. Smoke produced at high temperatures is considered as a simple way of administering a drug, which exhibits rapid pharmacological activity when inhaled. The sublimated vital elements and herbal medicines inhaled in a Yagya (Vedic ritual) first reach the brain, followed by lungs and other subtle components of the body. Thus, it has a direct healing effect on brain born diseases and complexities.”

The use of herbal fumigation in order to reach directly the brain is not far from using potential healers of neurological disorders of the modern kind, the essential oils.

Physiologically explained, epileptic seizures are “caused by imbalance between excitatory and inhibitory processes in the brain and are due to abnormalities in the membrane properties of neurons”.

The whole process seems to be also linked to the cellular energy centers, the mytochondrias, and to oxydative stress, meaning: Free radicals leading to abnormal bioelectric discharges of the neurons in the brain. We can simply say, the main factor is heightened exposure to stress in sensitive individuals with subliminal tendencies to neuronal brain excitation. We know today that stress factors, anxiety, emotional excitations etc. are well-known triggers for epileptic seizures.

“While neurologists recommend that patients with epilepsy avoid stressful situations as a way of avoiding stress-induced seizures, it is not always possible to do so, high-lighting the need for a therapeutic alternative.”

…One more reason why the stress-reducing, anxiety relieving plants oils and herbals are so successful in treating epilepsy.

There is excellent scientific research and documentation on using essential oils against seizures and chronic epilepsy. It is amazing always to see how reluctant the medical corporation is to consider herbal medicine and aroma-therapy linked to life-style changes as promising curative alternatives.

Let’s get back to the fumigation approach. What were the ancient cultures using? In many cases the basic herbals came from wood, bark, roots or resin. All these are easy to change into smoke and inhale with a direct access to the brain. And, not to forget: These substances are aromatic and stem from the denser parts of the plants which can also be important given their heavier molecular weight. Here two experiences with Frankincense, the traditional “sacred fumigator” in Christian religion.

“I have been using Frankincense oil for over a month now…..  My daughter is an infant and is having unexplained seizures.  I ordered it after being up all night and read about it and decided to at least give it a try.  Her meds make her a bit sleepy and grumpy, but that first day I put it on her she was immediately alert and back to her normal self.  I rub a drop on her feet and brain stem area twice a day.  Since then she has only had one seizure and it was very mild compared to her other ones which normally lasted 20 plus minutes.“

“Our son had his first partial complex seizure when he was 18 months. By the time he was 3 1/2, he was on three different anti-seizure medications, yet he was still having daily seizures. The seizures were awful, but the medications’ side effects were equally as bad, and they weren’t stopping the seizures. We were desperate to find a solution, so when a friend of mine asked me if we had tried Frankincense, as kooky as it sounded, we decided to give it a try.  That was over 8 months ago. We applied a couple of drops of Frankincense to the front and back of his neck twice a day. Result: from day 1, no seizures. Over the next 7 months, we weaned him off all three of his anti-seizure medications. He is now medication free, oil only, for a month without a seizure. Frankincense oil has given our son his life back.” 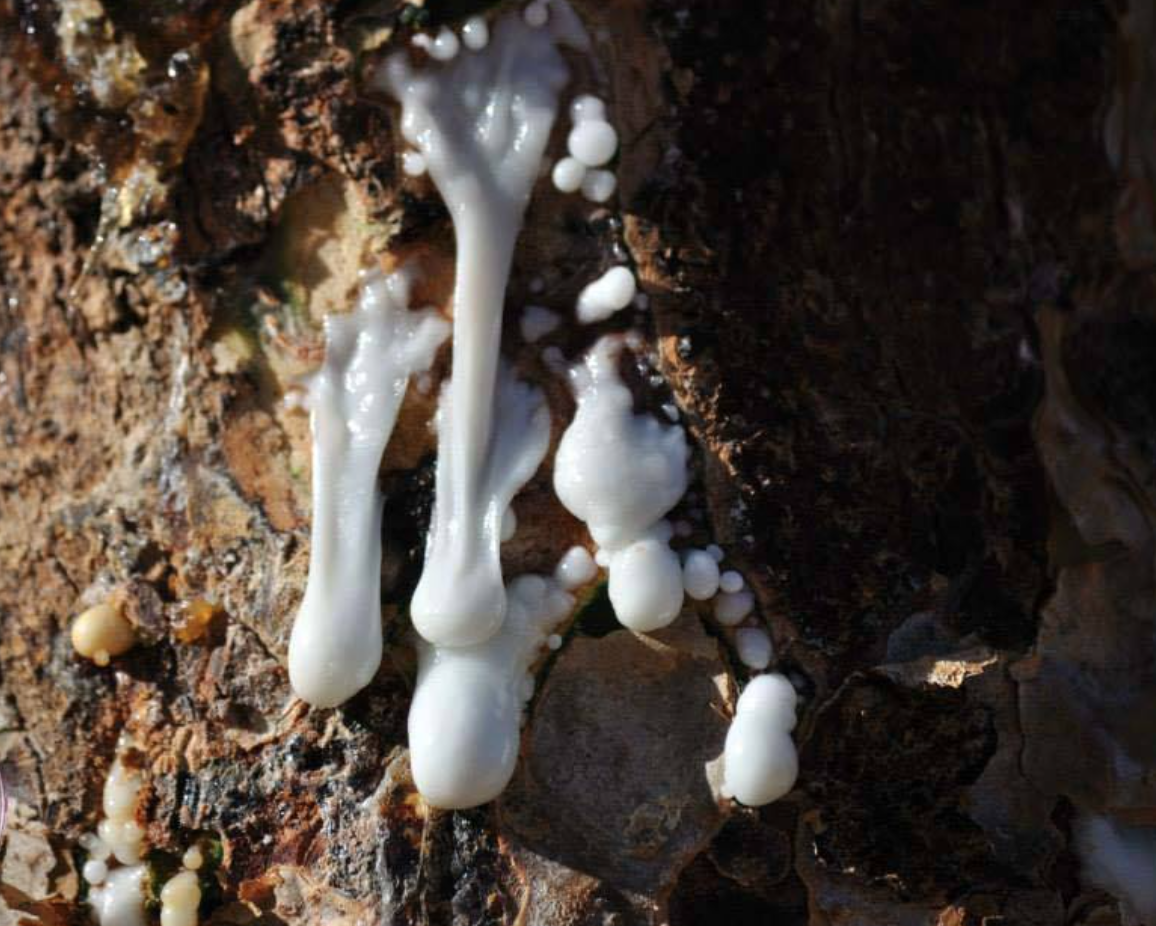 Interesting also the anti-convulsant effect of Vetiver oil. The „heavy“ oil, distilled from the roots,  shows again that when the brain is affected with an over-charge of nervous energies (Ayurveda), we need the “brain of the plant” (Charles Darwin), the root, in order to achieve healing.

Vetiver root is considered a good remedy against nervous disorders in traditional Thai medicine as well as in Ayurveda where it plays its role as antidote to an imbalanced vata-dosha. 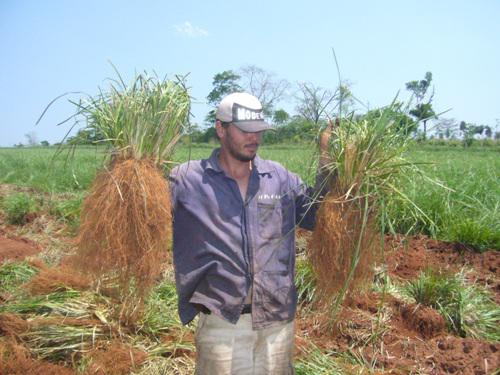 Agarwood (Aquilaria agallocha) has been used in Ayurveda for long time for the treatment of different types of mental illness including seizures. It is famous for having a strong connection with the brain (again a wood-resin oil) strengthening the nervous system and enhancing the mind-body connection, leading to a more harmonious functioning of the nervous system in general. In countries like Saudi-Arabia Agarwood (Oud) is considered uplifting, envigorating, aphrodisiac. In Japan it was long used as a sedative and anxiolytic. 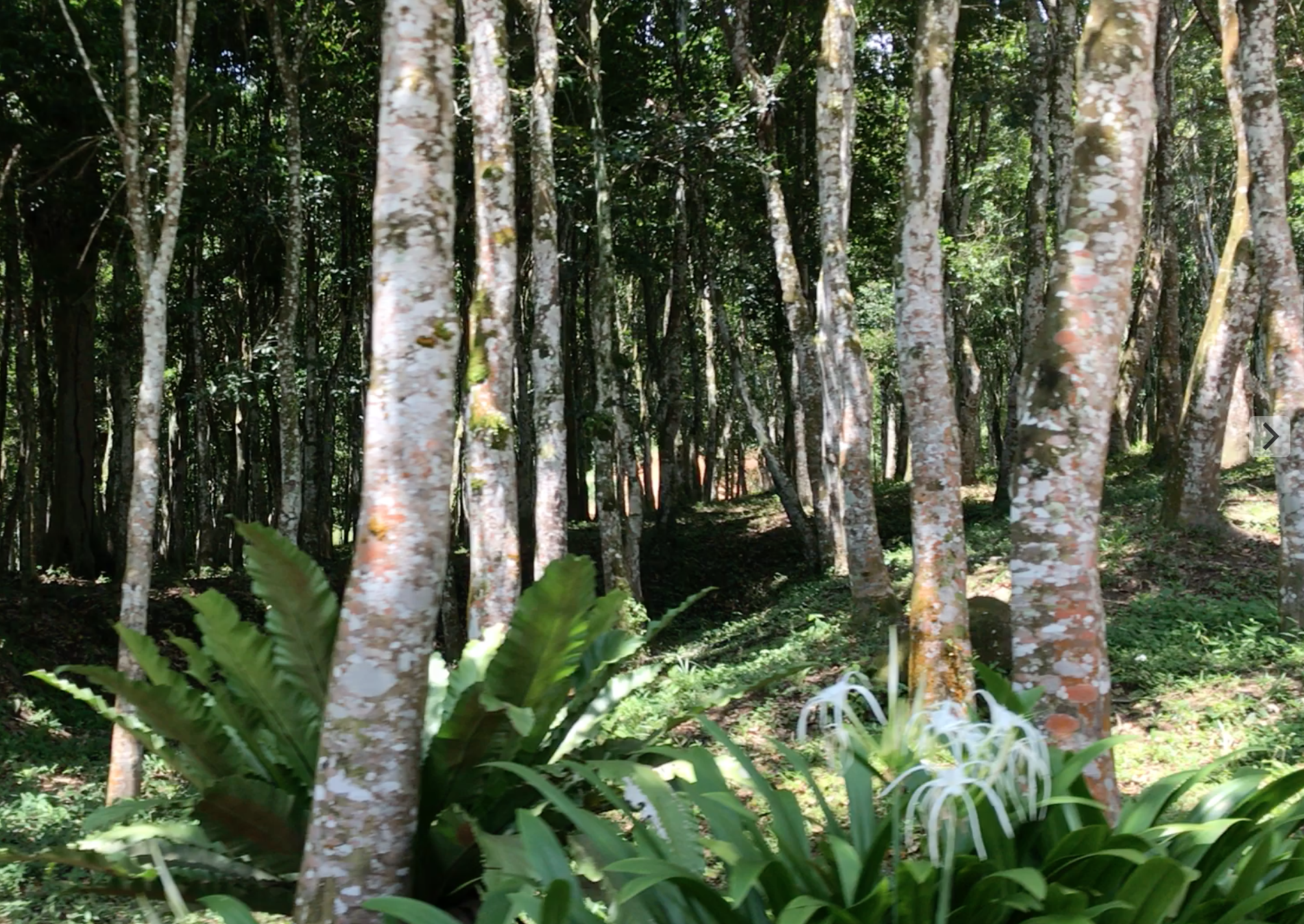 Remember a relaxing smell can help

Experiences with persons exposed to regular seizures have shown that often the positive relaxing smell of an essential oil can help to prevent seizures.

“Research was carried out at the University of Birmingham’s seizure clinic which involved using essential oils with individuals who had epilepsy. The studies used aromatherapy massage to allow individuals to associate the smell of an essential oil with a state of relaxation. Then, when the person was stressed or felt a seizure was about to start, they could smell the essential oil. This would remind their brain of the relaxing feelings, which aimed to help stop their seizure from happening.

Results showed that, with practice, a person may be able to relax by simply smelling the particular oil which could then lead to fewer seizures. From this research, jasmine oil was the most effective, although this may not be the case for everyone with epilepsy.

We should not forget: A very important part of the limbic system of the brain, the amygdala, is considered to be our stress and anxiety center with a tremendous capacity to memorize traumas and make them resurface in no time under special conditions. Research in the 1980ies has shown that the amygdala is first of all responding to smell. It may very well be that simply facing an olfactive stimulus like an essential oil associated with pleasure makes the amygdala turn off its so-called “operant conditioning” of  panic and fear and send messages of  relaxation to the system – with the effect that the seizure triggering impulse is inhibited. 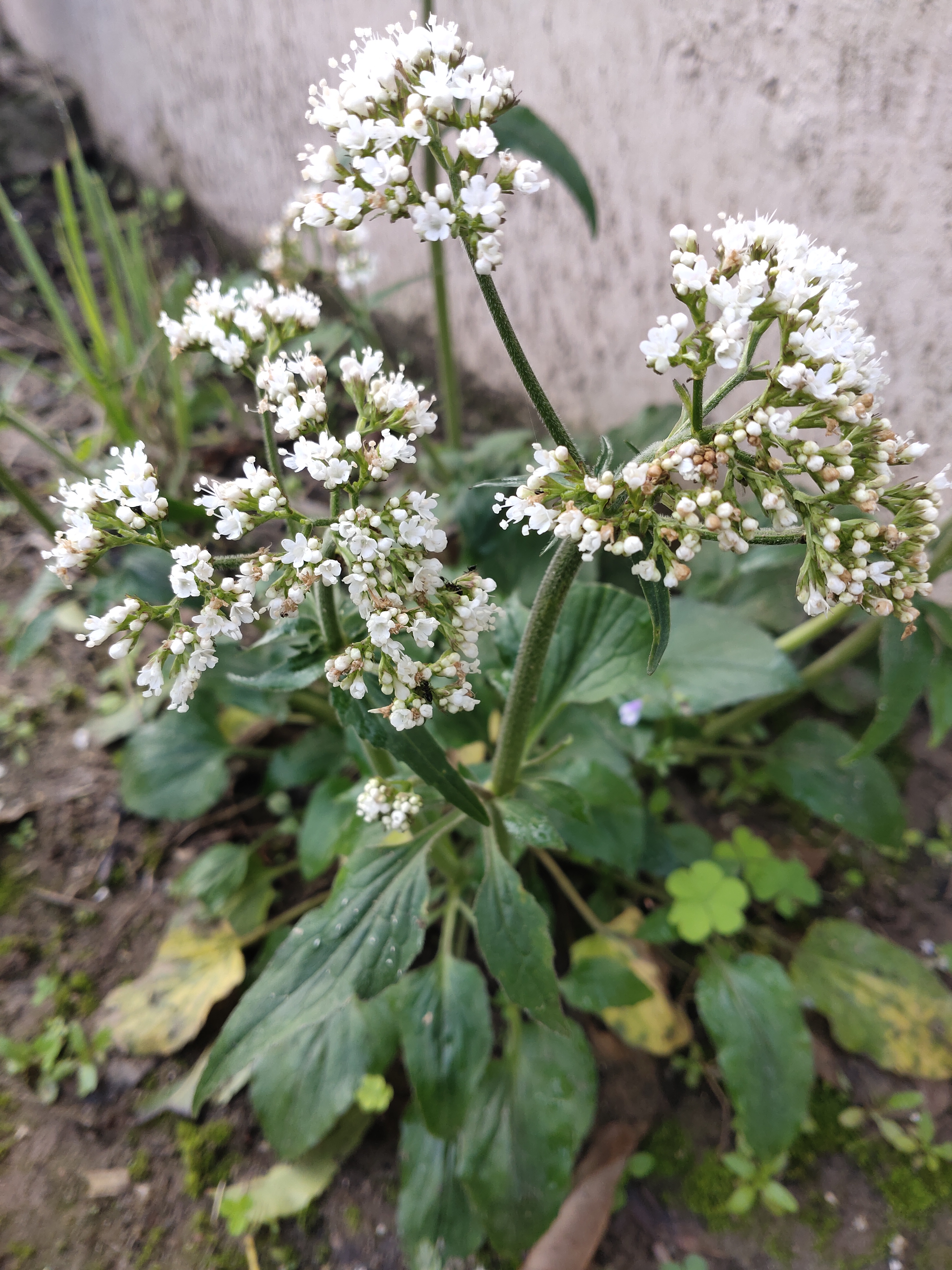 Already the famous Charaka Samhita, one of the oldest Ayurvedic texts from India, speaks about Jatamansi (meaning: “bestower of life”) as a powerful cure for epilepsy.

“Rao et al. have studied ethanol extract of the roots of N. jatamansi DC for its anticonvulsant activity and neurotoxicity, alone and in combination with phenytoin in rats. The results demonstrated a significant increase in the seizure threshold by root extract.”

“Hello Malte, it’s me, Amanda. How are you? I’m sending you a text I made about Jatamansi essential oil, my favorite. The inspiration came from the day I took a trip with friends, and a friend had an epileptic seizure. I gave her the oil to smell and she stopped short. It was amazing and rewarding. I am so grateful to have had the opportunity to buy it and be able to use it at this important time. I miss the days in Provence. Will always be marked in my heart. Big hug”
Amanda, Dec. 2019

Here a list of some more of the most successful natural herbal remedies against epilepsy:

An aromatic kit for an epileptic birth-giving mother

„The kit contained oils of Clary Sage (Salvia sclarea), Jasmine (Jasminum grandiflorum), Lavender (Lavandula angustifolia), and Rose (Rosa damascena) to assist with my contractions, to help my mind to focus and relax, and to prevent anxiety of seizure activity. With the help of a Doula, I was successful giving birth to a healthy baby boy and my obstetrician was very impressed with my aromatic baby kit. She informed me she had never seen such a comfortable labor or witnessed a mother-to-be laughing during contractions!“
Zsuzsana G. Davidson, “Living-with-Epilepsy-and-Aromatic-Oils” 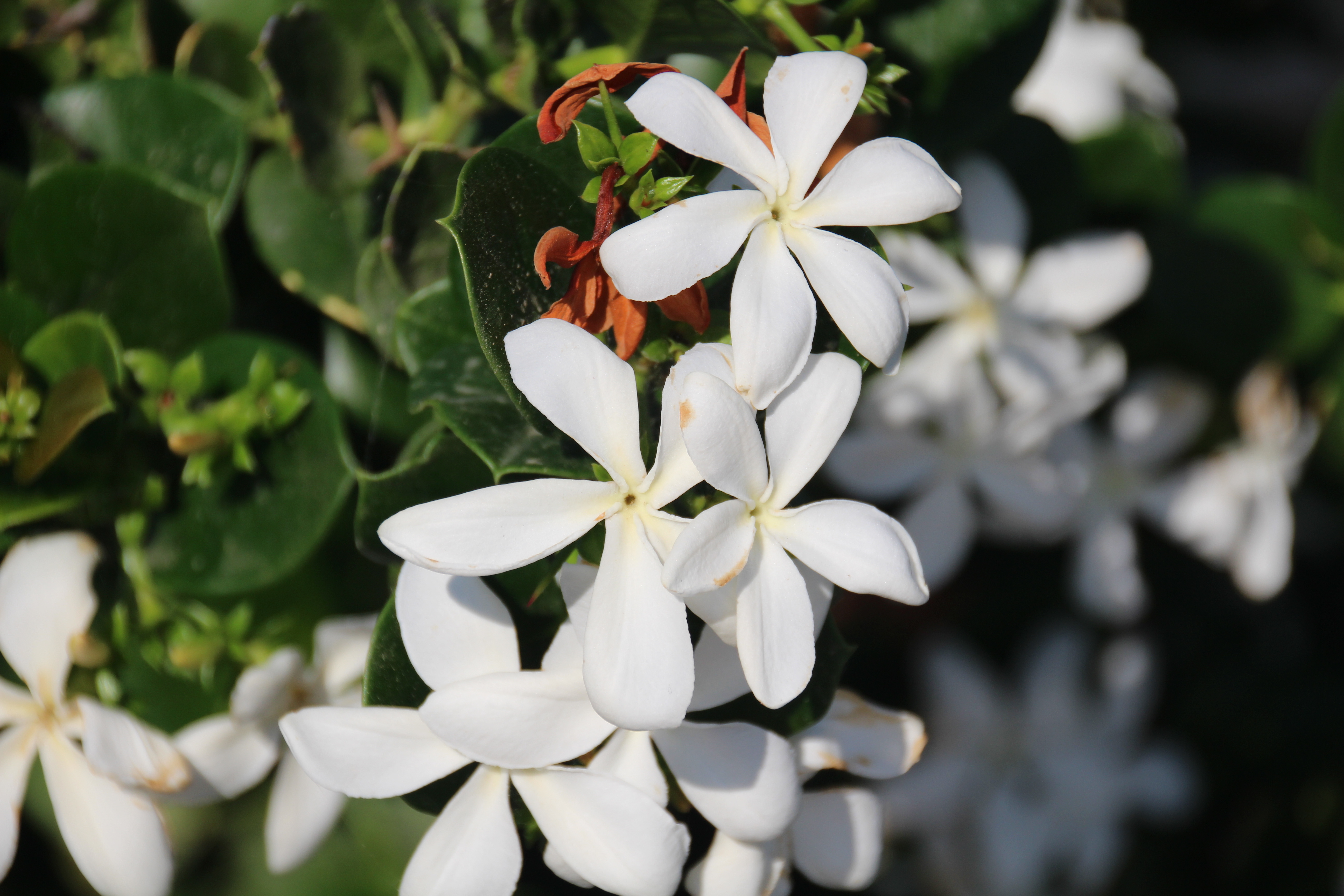