Modern life style is marked by high challenges of stress, bad food habits, sedentary life style, and many other collective factors which have made Diabetes one of the major health problems of our time.

Diabetes is a chronic disease caused by  high levels of sugar (glucose) in the blood. Insufficient production of insulin in the pancreas or – also possible – not being able to use the produced insulin in the body are major factors in the incidence of Diabetes.

“Over 194 million people suffer with diabetes worldwide. This global figure is estimated to reach 333 million by 2025 if current trends continue. Recent figures from the American Diabetes Association reveal more than 20 million Americans are afflicted with the disease, while approximately six million more live undiagnosed and another 40 million or more may be considered prediabetic.”

It is thought that Diabetes will be the biggest pandemic in human history. There are a lot of people interested in this prediction. I mean also: A lot of greed, manipulation, and business calculations are connected to the problem here.

“The current rate of people becoming diabetic in the United states is doubling every 10 years. This has resulted in a windfall for pharmaceutical companies capitalizing on this “disease” with drugs designed to treat type 2 diabetes, but not deal with the underlying cause. These drugs have serious side effects… . One of the most popular diabetes drugs, Avandia, was pulled off the market in 2011 after a number of studies showed that the drug increased the risk of heart attacks among type 2 diabetes patients. The manufacturer of the drug reached a $3 billion settlement in December 2011 over its fraudulent marketing of the drug, the largest federal criminal drug-company settlement to date.” 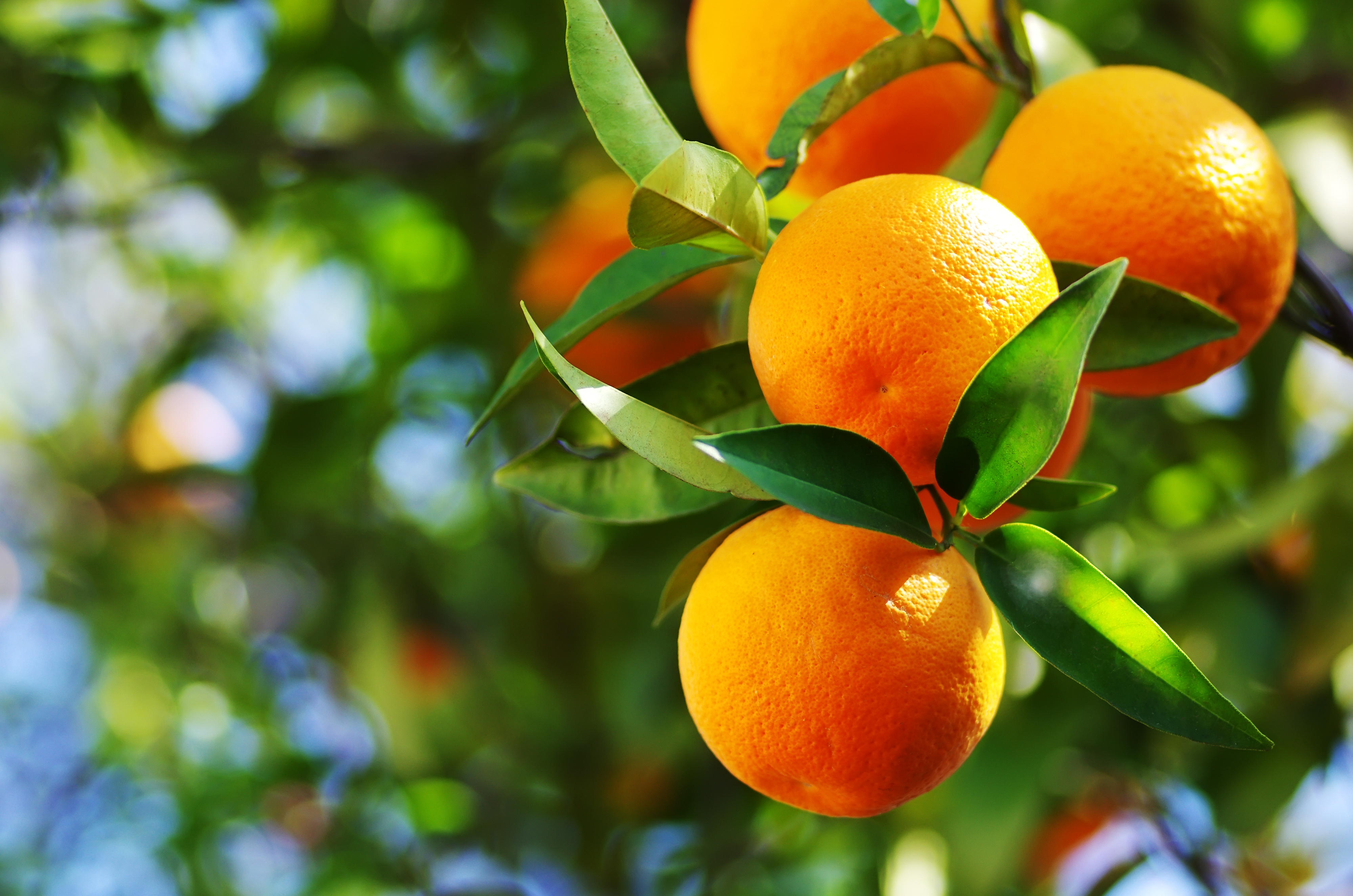 Go for the bitter

It is good to keep in mind that essential oils alone are not the ultimate cure for diabetes, but certainly a very good complementary approach. Essential oils can always accompany a person with diabetes adding its own values to the necessary steps of life style changes, dietary changes, psychological changes…

In principle, since diabetes has to do with sugar metabolism:  Fruits, vegetables, herbals, essential oils with bitter taste are certainly always a good choice. The bitter taste stands in opposition to the sweet taste in our 6 human tastes defined by Ayurveda: Bitter, sweet, pungent, sour, astringent, salty. Bitter food items are naturally a great helper to keep glucose levels balanced in the body. Also, they help to increase our energy over the day.

Bitter foods also help to stimulate the liver to produce bile, and thus burn calories and fats. They can be a great help for a dietary supplement to treat the disease.

It will not be surprizing that we find essential oils for example from the genus Artemisia with their usually very bitter tastes as a good parallel treatment possibility in case of diabetes.

In Nature, bitter means in most cases: Pay attention, do not take take too much. It can also just mean: Keep away, I am toxic. But what does this mean? Hippocrates rightly said:

Even animals do like bitter, but they know instinctively when they need the bitter taste and how much – and they go for it when they are sick. Bitter equals “medicine” in Nature’s apothecary.

“If the plant that one of our hunter-gatherer ancestors munched was bitter and toxic, it would be pro-survival if that bitter-taste “signal” tamped down hunger so he or she would eat less of it. Today, we can consciously exploit that tendency by eating bitters before meals to help control appetite.”

Single essential oils – especially when stemming from bitter plants, as we have already seen, can be of great influence for controlling diabetes. Sometimes also synergstic blends of several oils together can do the trick.

One prominent study from Georgetown in 2005 proposed an interesting combination of bitter, pungent and astringent taste.

“The essential oils for diabetes blends were able to improve insulin sensitivity when taken internally, which can be replicated by including oil blends diluted into a carrier and consumed in capsules, drinks, and recipes.”

The famous research medical doctor Dr Johanna Budwig when investigating on the Omega-3 fats, especially Flax oil, had already found out decades ago that not only cancer patient’s tumors began disappearing when using her dietary protocoll, but their liver dysfunction, and diabetes were completely alleviated. 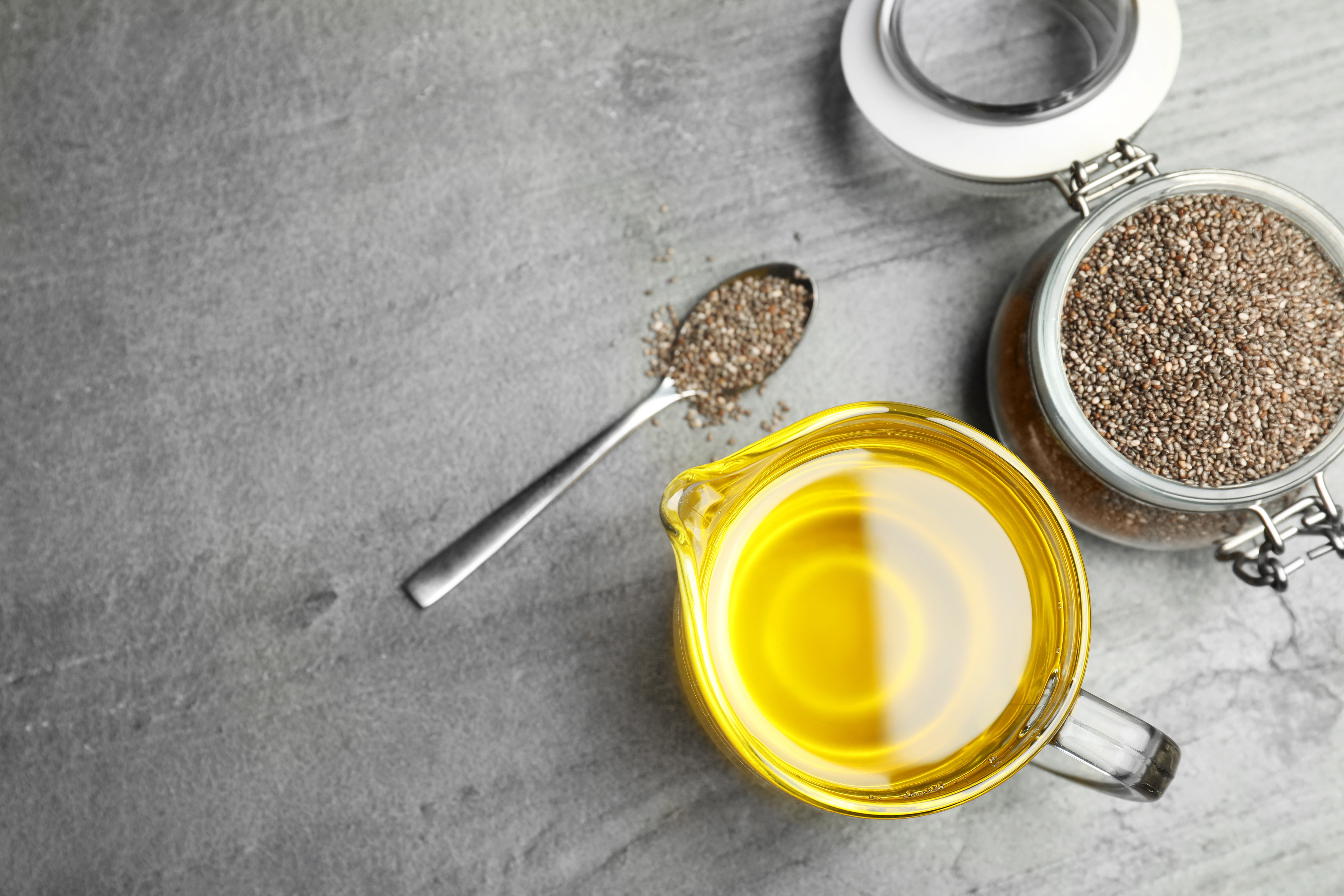 “In a study of 20 humans with diabetes, one variety of this seed called Salba helped participants control blood glucose, reduce blood pressure, and lower C-reactive protein, a major marker of heart disease risk.”

The study was published in the journal Diabetes Care.

Chia seems to check glucose from getting into the blood. It is known that it increases energy without reaching out to the sweet taste, one reason why the Aztecs have used Chia to perform their long walks in the high mountains.

Another “hero” in the combat against our modern degenerative diseases is Black Cumin (Nigella sativa). Again, like in the case of Flax oil, Nigella Sativa oil is highly successfull in cancer therapies, but the Cancer Research Laboratory of Hilton Head Island, South Carolina, USA, found also that it has an effect in lowering the blood sugar level which is essential for the treatment of diabetes.

And then our beautiful Olive oil which has since ages helped humans in so many cases of health and regaining balance. We know today from research that a diet rich in Olive oil and avoidig unhealthy saturated or heated unsaturated fats together with a good balance of fibres from fruits and vegetables, grains and nuts is a powerful way to prevent and control diabetes. It helps efficiently to control blood sugar control and enhances insulin sensitivity. These benefits have been very well documented both in type-1 and type-2 Diabetes. „I also wanted to pass along a bit of my experience in regard to diabetes. I have been taking Coconut Oil (CO) since about the end of February of this year. I first started cooking with it and replacing the vegetable oils in my home. Then I started taking it by the spoon as well, about 2 tablespoons daily around the first of March.

I was diagnosed as a type 2 diabetic in July of 2001… I have been looking for a way to reverse this condition since diagnosed. I have found a world of info out there on various supplements and diet, BUT not from my doctor who just said “welcome to the club” and told me to take my meds. (I was crying and he seemed happy!) …

Bottom line is this. I now control my blood sugar by diet, supplements and with Coconut oil! Cool, huh? I do still check my blood sugar levels once or twice daily… and they are as good and usually BETTER than when I was on the Amaryl RX! And I have been off the RX since the end of March of 2003.”

And recent research found a connection between Coconut Oil and Alzheimer’s disease. It has clearly shown that Alzheimer’s Disease has also to do with insulin production. Some scientist refer to it as “type 3 diabetes.” Along with the “ketogenic diet” based on Coconut oil people are experiencing more and more full reversal of Alzheimer’s syndroms.”

And not to forget the CBD – Cannabidiol oil

CBD has been shown to decrease the need for insulin in type 1 diabetes by a significant number – 58%. CBD has also successfully reversed type 2 diabetes; it causes glucose breakdown, lipid breakdown, and increases insulin sensitivity.

“CBD did not only prevent the onset (of diabetes), it blocked the development of diabetes.” 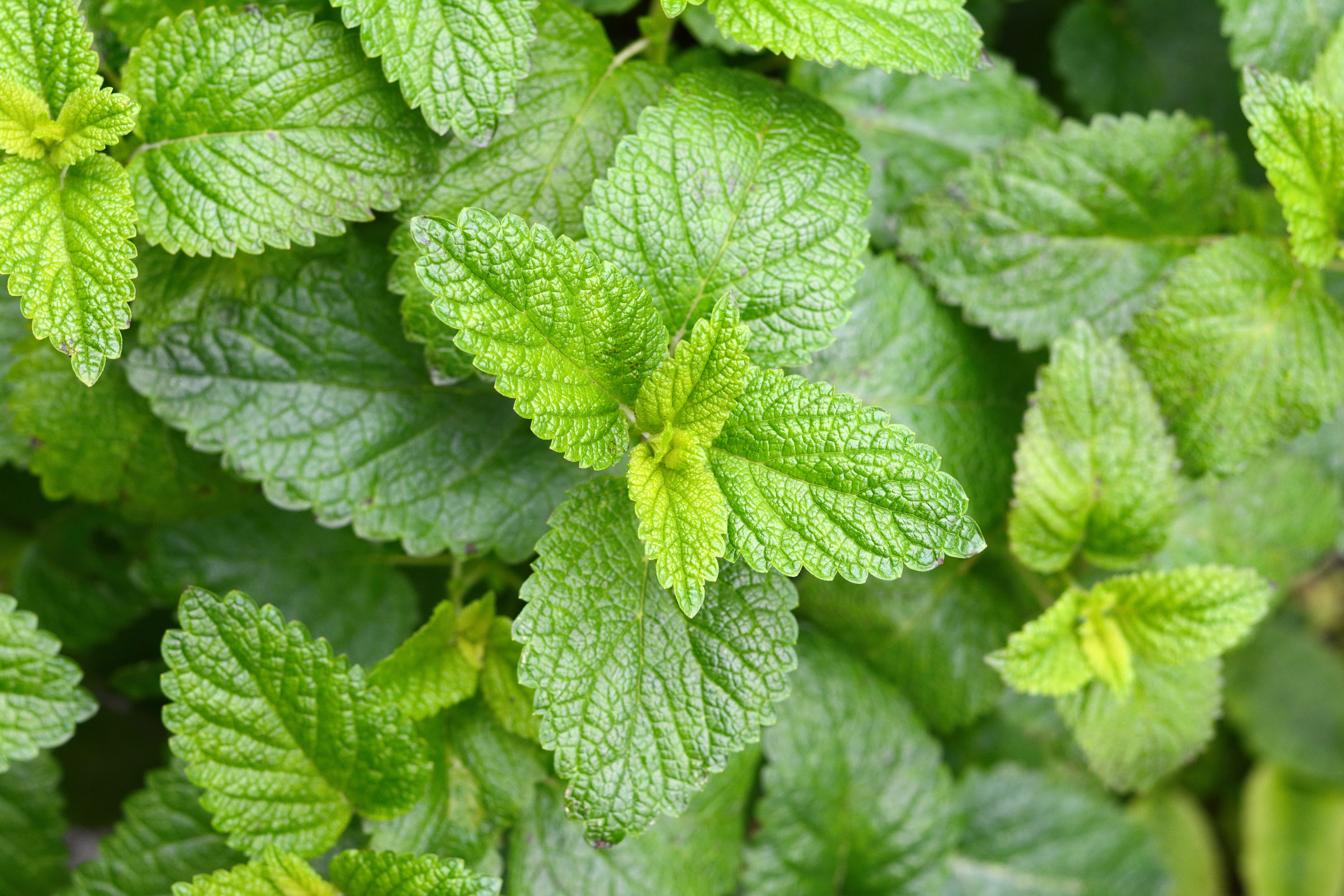 Back to the essential oils – A few examples

Melissa essential oil has shown interesting effects in terms of diabetes already 10 years ago. It was tested on mice with highly diluted amounts of the oil with the result that the markers of diabetes were reduced on several levels. The conclusion was that Melissa oil

“administered at low concentrations is an efficient hypo-glycaemic agent, probably due to enhanced glucose uptake and metabolism.”

Some research shows that anethole (or trans-anethole) the active ingredient in Anise seed or Star Anise,

Coriander oil works on the endocrine glands  and stimulates the secretion of insulin from the pancreas. The result is better assimilation of sugar and better blood sugar levels.

Cinnamon has shown in research to 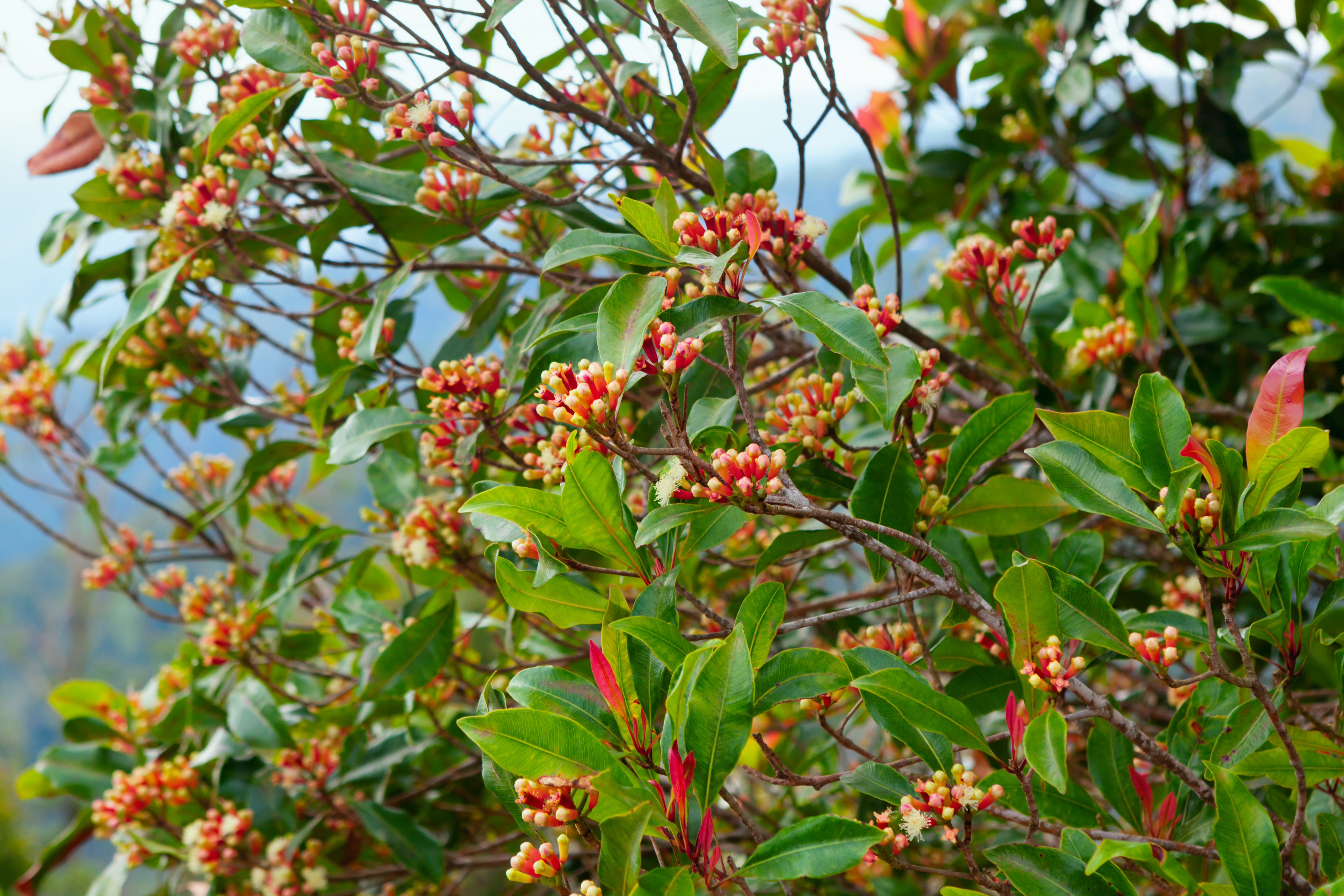 A study on animals found that Clove bud essential oil might play a role in preventing or managing type 2 diabetes. The research found that using Clove oil reduced levels of certain enzymes in the pancreas that are believed to be linked to diabetes.

The study also noted that the oil might be helpful in managing or preventing diabetes caused by oxidative stress.

Davana is an ancient sacred plant of India. It was a part of the Indian folklore medicine for treating diabetes mellitus and high blood pressure. Research has shown that Davana is possibly able to harmonize certain hormonal disorders like diabetes by lowering blood sugar levels. The oil has an interesting bitter-sweet fragrance and confirms well that it is a member of the Artemisia genus – the powerful group of  healing plants which has accompanied humans over thousands of years. 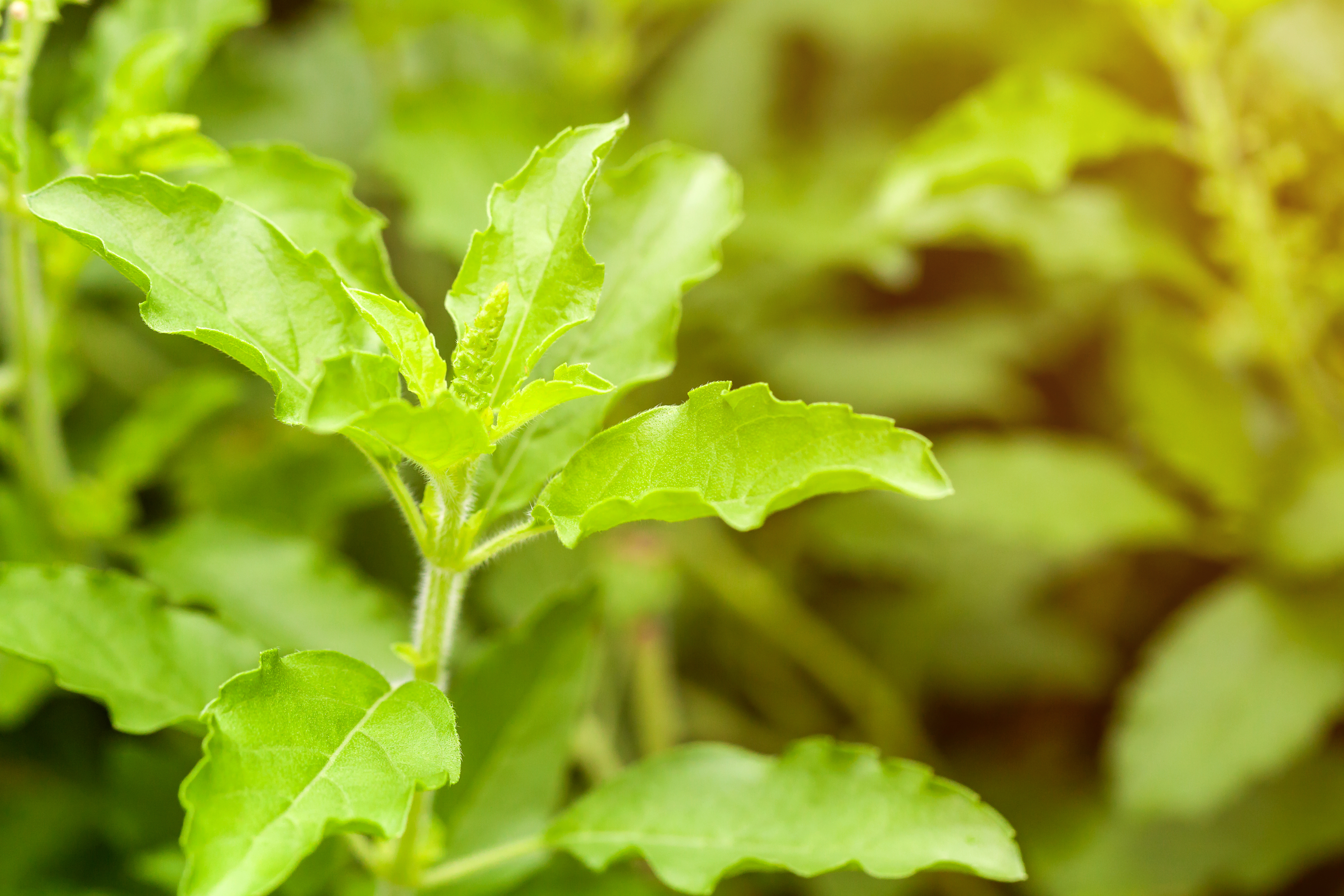 “Holy basil may help to lower fasting and post-meal blood glucose levels….. Tulsi may be useful as an adjunct to pharmacotherapy and nutrition in the treatment of metabolic disorders thereby reducing the need for high doses of drugs, which may have adverse effects. The clinical effects…suggest Tulsi may have an important role in addressing other inflammatory disorders and that the Ayurvedic tradition of consuming Tulsi on a daily basis may be an effective lifestyle measure to address many modern chronic diseases.”

Ammi visnaga is a medicinal plant oil from North Africa. It is mainly distilled in Morocco from wild growing plants.

Khella “shows promise in the treatment of diabetes, according to an animal-based study published in the Journal of Pharmacotherapy in 2002. In tests on diabetic rats, the study’s authors found that Ammi visnaga helped reduce blood sugar levels.”

Acorus calamus is an ancient remedy in Indian and Chinese systems of medicine. In Ayurveda it is also considered as one of the Rasayanas, the famous rejuvenators. The root of the Calamus plant is also largely used in therapies of diabetes in traditional folk medicine of America and Indonesia.

The ethyl acetate fraction of Calamus has shown to be

And not to forget in the end to mention some powerful herbals to help against diabetes: