Nagarmotha or Cypriol (Cyperus rotundus) is one of the world’s most invasive plants ? and one of the most incredible essential oils, hardly known to so many people, even in the world of modern Aromatherapy. Mother Nature is always amazing in her ways how she spreads medicinal plants through eons of time over the Earth and then makes us ? the “late-comers” 🙂 ? benefit from her wonderful gifts. We just have to understand how and where we can reach out to them. Fortunately, with the ethnobotanical interchange and research in modern Aroma- and Phytotherapy today we have “expressways” to access Nature’s treasures, experience them directly ourselves and even see what history and tradition, science, and empirical data have to add to our personal “whiff and touch”, our personal discovery of all these magical plants.

The name Nagarmotha may be derived from Sanskrit/Hindi for nagar = human habitat and motha = pearl. The plant belongs to the family Cyperaceae. And the name for the genus “Cyperus” is derived from Greek “Cypeiros”, which was the ancient Greek name for copper, rotundus is Latin word for round and refers to the formation of the circular leaves around the upper stem of the plant. The plant is also known as “Nut Grass”, “Cypriol” or ? in Sanskrit ? “Mustak”. And what a plant! 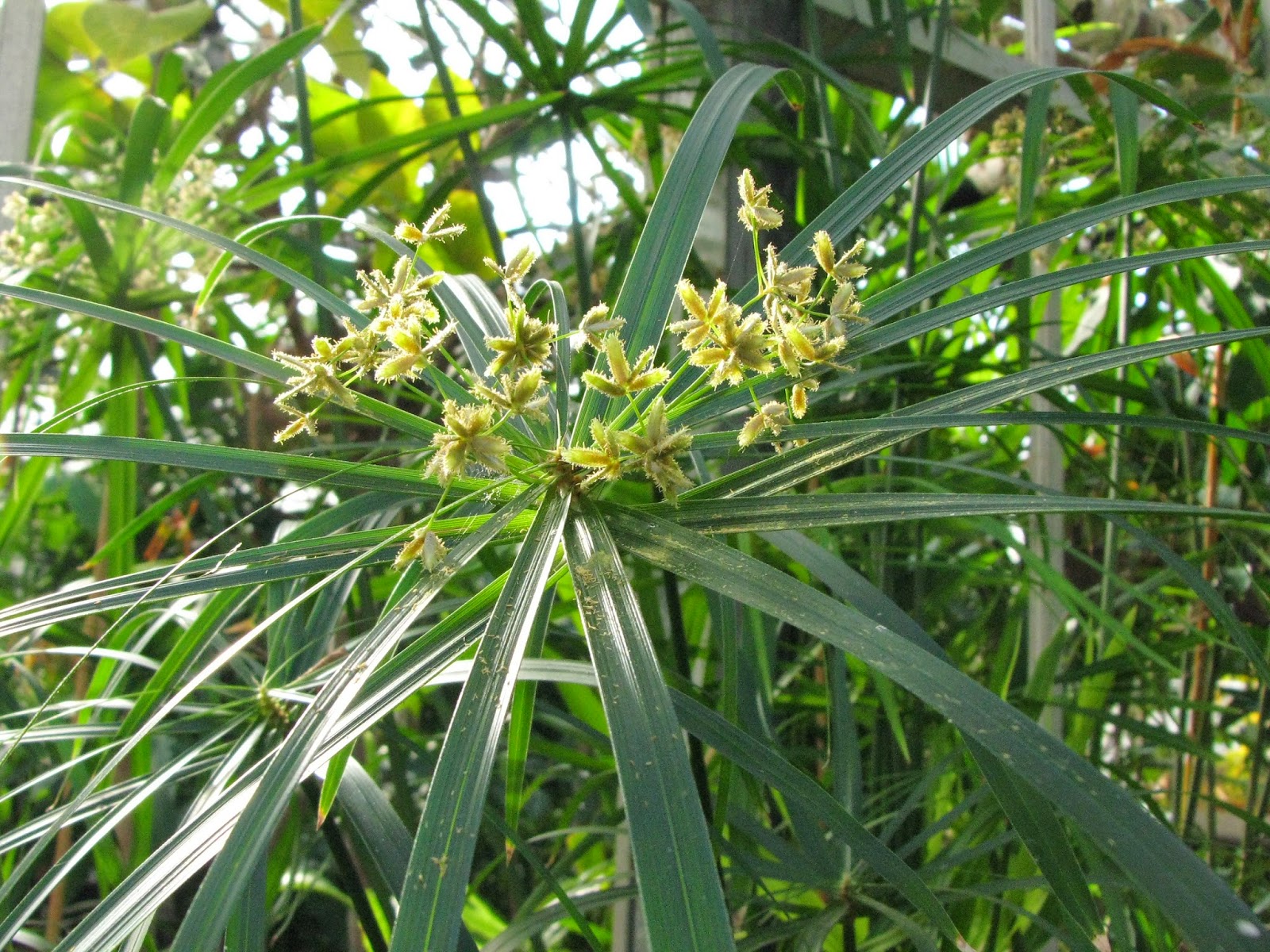 Yes, how is it possible that one of the Earth’s most hated “weeds” is at the same time such a miraculous healing agent?

An excursion to the magic of the root

The essential oil of Nagarmotha is derived from long hours of steam distillation of its roots. Not so many essential oils in modern aromatherapy are derived from roots. And each time when one thinks of root oils, one cannot but be wondering how it is possible that Nature creates such powerful “medicine of light” deep in the soil HIDDEN from light. If such a miracle happens that messengers of cosmic energies like the essential oils appear in the most “lightless” organs of a plant which are the rhizomes and roots, there must be some special alchemy behind this in order to make these substances so beautifully fragrant ? and even often really colorful like Curcuma, Ginger for example… Colour is not really a marker of the underground areas of the soil. I would say in terms of alchemistic understanding: if the blossom ? the “Sulfur”-element of heat and light (which is responsible for the aromatic energy transfer) reaches as far down as to the “Sal”-element (which is cold and hidden from light), to create an essential oil, the dynamics to do this must be incredible! And the outcome can only be something very special, something which has to do with medicine as such.

No wonder that Nagarmotha since thousands of years has its important place in the folk-medicine of Central India, in Ayurveda, and in Chinese medicine. And if we take away the modern arrogance of our lab-medicine that we always know it better today than Nature, “these messengers of old” can only make us bow down again and again to them, filled with wonder and respect in front of such a marvelous display of cosmic intelligence.

And the root oils… as I said before, they have their special energy recipes. They come from a “management” of the plant which allows to integrate a special dynamics of opposites. The Ethereal in the plant (“above” like in the flower) and the Terrestrial (“below” like in the root) are marvelously present in essential oils stemming from the roots ? and often also from the trunks.

Here we are on the level of the SOLID, the nearly “mineralized” energies of the plant. On this level the plant stores “time”, evolves in the direction “beyond decay” – remains “geotropic” and gravitational… The powerful “vegetative” energies are dominant – the “formative” energies ? as described so beautifully by Rudolf Steiner ? which create shapes, colors, scents, etc. like in the leaves, the flowers, the fruits, etc. are normally not present on this level.

The ancients considered the root of the plant as being connected to our own “root” which is linked to our central nervous system and the brain. The famous “Ashvata tree” in Vedic Science of India is mythologically depicted as a tree turned upside-down. As says the most ancient text of mankind:

“The root of this tree grows in Heaven” (Rig Veda, 10th Mandala)

or here in the same direction from a great Indian sage:

“Having its root above (in the Eternal), its branches extending below, the Ashvata (ficus religiosa) is said to be eternal and imperishable.” Yogiraj Lahiri Mahasaya, Puran Purush, p. 296

This same theme reoccurs in a sense when Charles Darwin says:

“It is hardly an exaggeration to say that the tip of the radicle of the plant thus endowed (with sensitivity) and having the power of directing the movements of the adjoining parts, acts like the brain of one of the lower animals; the brain being seated within the anterior end of the body, receiving impressions from the sense-organs, and directing the several movements.”

(Charles Darwin, „The Power of Movement of Plants“)

And Rudolf Steiner not less:

“The plant sinks itself deep into the earth with its roots and stretches its blossom, its reproductive organs, upwards. Man is the direct opposite in his relation to the Cosmos. He sends his roots, so to speak, upwards, with his head, and he strives earthwards with his organs of reproduction. Thus it is not in the least unreasonable to picture our human frame as containing a plant, with its root sent upwards and its blossom opening downwards in the reproductive organs. For in a special way the plant nature is fitted, as it were, into the human.”

And last not least modern science:

“Indeed, the neuronal anatomist, in his observation, speaks about the ‘arborization’ of the brain.  The definition for ‘arborization’ is: “The formation of a tree-like arrangement or figure”. The term “dendrite” comes from the Greek word “dendron”, meaning “tree“. The word “cortex” has its root in Latin, meaning “bark“… Under the microscope, the complex adult human brain, with its tens of billions of neurons and having as many as 100 trillion (1014) synapses between neurons, also has the appearance of roots or rootlets of plants. (http://www.excellent valley.org/Lamentations/Mystery_Folder/1_05_Mind_of_man.html)

So, we may want to say with regards to the essential oils of roots: They represent special vital energies that are deeply linked to our inner strength and harmony since they help us to settle down inside ourselves, alleviate stress and strain symptoms, pacify our inner fire which often tends to “burn out” when we really need it. We know it well: Taking care of our roots is taking care of our consciousness. Plants and essential oils in this sense help us to connect the high and the low, the Ethereal and the Terrestrial in us, create the „as above, so below“ as the Alchemists said in form of vital energy ? grounding and opening up to our innermost nature which is rooted in living in a healthy way the necessary and unavoidable (often stressful) polarities of our existence.

“Nagarmotha has been shown to support lower blood glucose levels, which can reduce the risk factors of developing type 2 diabetes or ease existing symptoms, it has helped promote a healthy weight and has eased digestive woes including diarrhea and constipation. Despite its role as a noxious weed, Nagarmotha is packed with antioxidants that can ease oxidative stress.” (Hashmat Imam1, Zarnigar1, Ghulamuddin Sofi2, Aziz Seikh2, Azad Lone3 1 Department of Preventive and Social Medicine, National Institute of Unani Medicine, Kottigepalya, Bengaluru, Karnataka, India)

According to Ayurveda’s famous Charaka Samhita text, a Sanskrit encyclopedia of Ayurvedic medicine, Nagarmotha with its bitter, pungent, and astringent taste pacifies Kapha and Pitta dosha. Nagarmotha is also often mentioned as the best “ama pachaka” or remover of toxins.

“Ayurvedic therapies mainly focus on treating the pathogenesis or the root cause of the illness rather than just treating the disease for the time being like the contemporary medical practices. The root cause for many illnesses including autoimmune disorders according to Ayurvedic texts is the invasion or the deposits of the toxic substances in the body known as ‘ama’” (Hashmat Imam1, Zarnigar1, Ghulamuddin Sofi2, Aziz Seikh2, Azad Lone3 1 Department of Preventive and Social Medicine, National Institute of Unani Medicine, Kottigepalya, Bengaluru, Karnataka, India)

In Traditional Chinese Medicine Nagarmotha is linked to the predominant life force of Q’i.

The research on ‘In Vitro Antioxidant activity and Total Polyphenolic Content of Cyperus rotundus Rhizomes’ by the Department of Siddha Medicine, Tamil University, India have proved that the rhizome extracts of “Cyperus rotundus show free radical scavenging, reducing power and metal chelating activity” with its polyphenolic content and other phytochemicals constituents contributing to its antioxidant properties, which aid in preventing age-related oxidative stress associated degenerative diseases.” (https://pubmed.ncbi.nlm.nih.gov/18158839/) 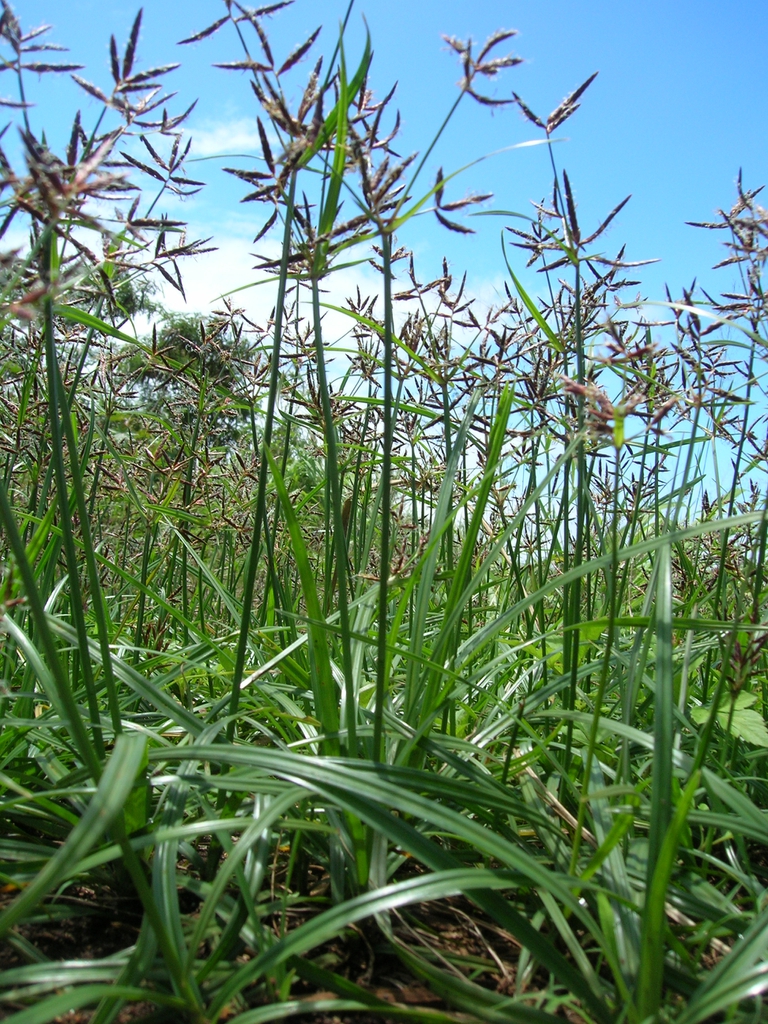 “A 2006 study on ‘Natural composition for curing hepatitis-B, methods for making the same and pharmaceutical formulations thereof’ have proved that a natural antiviral composition with extracts of Cyperus rotundus or Cyperus scariosus and pharmaceutically acceptable carrier aids in treating disorders related to chronic and acute hepatitis B and certain other viral diseases of the liver. This is mainly due to the herb’s positive effect on the liver, easing its detoxification and healing.” (Hashmat Imam1, Zarnigar1, Ghulamuddin Sofi2, Aziz Seikh2, Azad Lone3 1 Department of Preventive and Social Medicine, National Institute of Unani Medicine, Kottigepalya, Bengaluru, Karnataka, India)

C. rotundus, a well-known oriental traditional medicine, has been reported to exhibit wide spectrum activity in biological systems including the circulatory system… Furthermore, (+)-nootkatone had a significant inhibitory effect on rat platelet aggregation ex vivo. Conclusions: This study demonstrates the antiplatelet effects of CRE and its active component (+)-nootkatone and suggests that these agents might be of therapeutic benefit for the prevention of platelet-associated cardiovascular diseases. (Hashmat Imam1, Zarnigar1, Ghulamuddin Sofi2, Aziz Seikh2, Azad Lone3 1 Department of Preventive and Social Medicine, National Institute of Unani Medicine, Kottigepalya, Bengaluru, Karnataka, India)

Nagarmotha essential oil is well known in modern perfumery. It blends well with all kinds of root, wood, and resin oils such as Atlas Cedar, Himalaya Cedar, Myrrh, Frankincense, Sandalwood, Jatamansi, Vetiver, etc. but as well with headnote oils such as Bergamot, Orange, Lemon or heart notes like Jasmin, Neroli, Ylang Ylang… 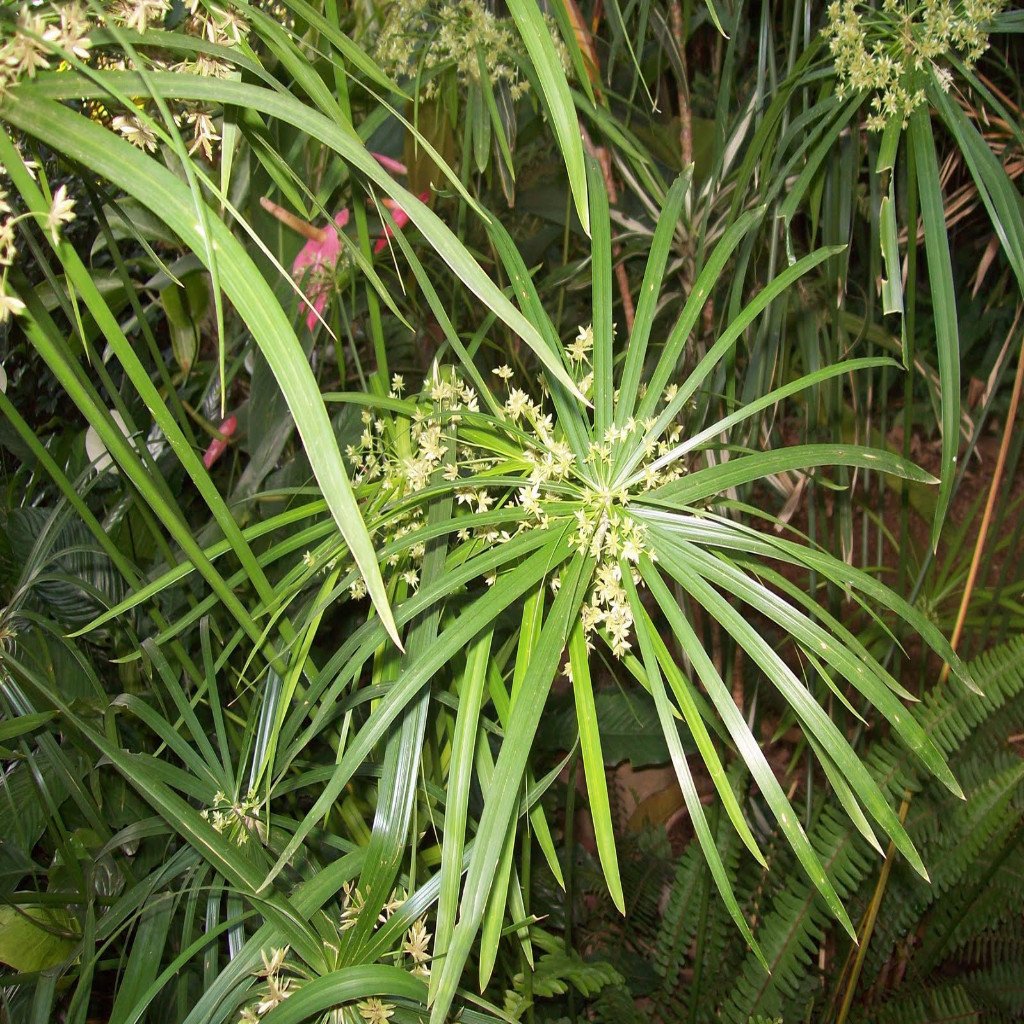 Indeed, in Nagarmotha essential oil we breathe in the wondrous worlds of the subterranean fragrances of Mother Earth ? and at the same time, we are filled with a rare exuberance of a spicy, woody aroma which makes us feel uplifted, “air-borne”, miraculously pacified. Such is the beauty of all these aromatic substances in modern Aromatherapy: we connect with the cardinal elements of Nature in a more essential way, allowing our sense organs and the whole system of body, mind, and soul to participate in a holistic experience of crystallized energy and joy.

Thanks to essential oils like Nagarmotha we can go beyond our modern “symptom medicine” and touch the core of all true healing. Ancient methods considered plants and their oils not just as functional, but as spiritual entities with specific and often very personal healing qualities for the individual. These qualities reflect forever universal principles of life “seen” by the seers of old through direct cognition or contact with the devic or subtle energies of the plants. They are not “scientific” and objectifiable according to Western understanding, but true in the sense of metaphysical and intuitive knowledge which forms the basis of the “eternal philosophy“ (“Sanatana dharma”) of mankind. And these timeless principles are what we find in all plants and which we can rediscover by falling in love with Aromatherapy and their essential oils, guardians of health, beauty, and wisdom.